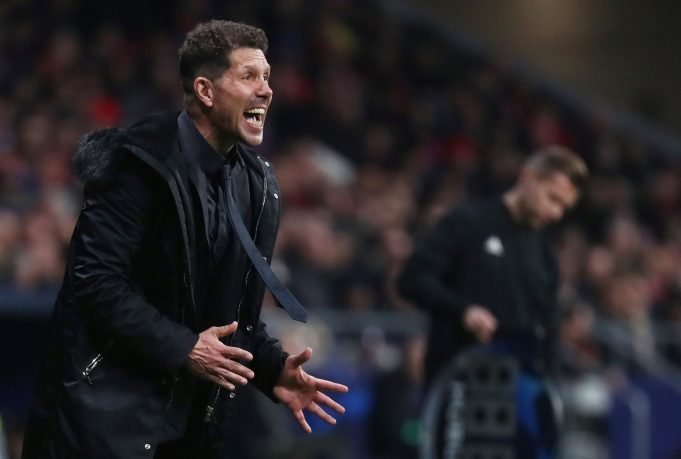 The Argentine boss and his team delivered a convincing 2-0 win over previous season finalists, Juventus last night in the UEFA Champions League Round of 16 tie at the Wandametropolitana. In the pre-match analysis, Gullit said on beIN SPORTS, “Maybe he’s coming to the Premier League one day, we don’t know.”

Simeone only signed a new contract with Atletico this month extending his stay in the Spanish capital till the summer of 2022. He is the longest-serving manager in the La Liga but Gullit believes the 48-year-old is destined to end up in England soon.

Former Manchester United striker, Andy Cole was working alongside Gullit and seemed to agree with the latter’s opinion, even claiming that Simeone would be an ideal fit at Chelsea.

Simeone is known for the defensive discipline he has instilled into the Atletico side over the past 8 years and his most favoured formation till date has been the 4-4-2. Gullit explained how the Atletico boss will implement his playing style at the Stamford Bridge if he were to sign with them.

“Oh he will do the same [4-4-2], I think so,” Gullit replied to Cole. “You never know of course because you need to play with the players that you have. If you don’t have the personnel then you do something different.”