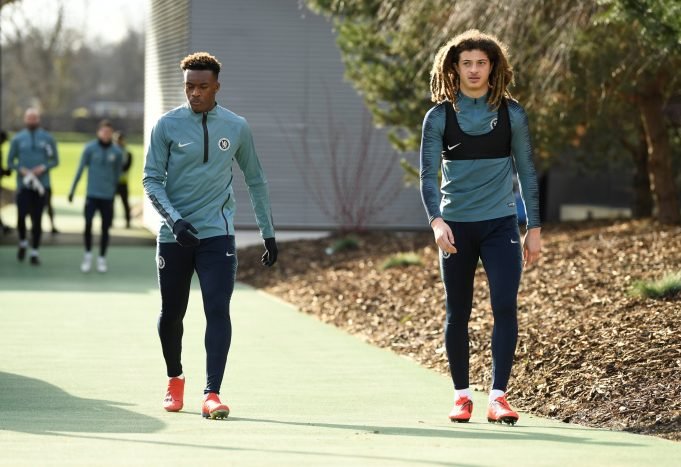 According to reports from the Sun, PSG have joined Bayern Munich in the race to sign Chelsea teenager Callum Hudson-Odoi.

The 18-year old winger hasn’t been a regular for Chelsea ever since joining the senior team. This season, Hudson-Odoi has made 13 appearances for Chelsea across all competitions so far. He has scored 2 goals and 3 assists.

There was plenty of talk about Hudson-Odoi wanting to leave Chelsea due to lack of game time. In fact, reports claimed that the teenager handed in a transfer request to Chelsea which the club turned down.

Bayern Munich showed interest in signing the winger and made several bids to sign him. However, Chelsea turned down all bids.

After the transfer window ended, Bayern CEO Karl-Heinz Rummenigge said that the club is still interested in signing Hudson-Odoi and are confident of signing him in the summer.

Now, even PSG have shown interest in signing Hudson-Odoi. PSG have a number of world-class footballers in the wing department. However, they would be willing to have substantial cover for their wingers and thus, are keen to rope in Hudson-Odoi.

Bayern are currently heavy favourites to sign Hudson-Odoi. Given how close they came to signing the teenager in January, there is a very good chance that they will sign Hudson-Odoi during the summer and not PSG.