Chelsea is close to signing Manchester City striker Raheem Sterling. The Englishman has agreed on personal terms with Chelsea ahead of season 2022/23.

Man City and Chelsea both have agreed on a £45m transfer.

Sterling has now settled on personal terms with the West London club and will undergo medical before the club jet off to America on Saturday.

According to the Mirror, Chelsea beat the competition for Sterling’s signature from Real Madrid, Bayern Munich, PSG and Liverpool.

Mason Mount is yet to report to pre-season training with Chelsea squad.

The Chelsea academy graduate played an insane number of games last season and also played all four of England’s international games in June.

He is expected to return to training on Saturday ahead of their US pre-season tour.

He managed to rack up 11 goals and 10 assists in the Premier League last term.

He was the club’s leading goalscorer in the Premier League last campaign.

The 23-year-old midfielder spoke about an exciting new era at Stamford Bridge.

“It is a new era, so we all feel very excited and, whenever a new season comes around, you are excited about what’s possible,” Mount said in quotes on the official club website.

“I can’t wait to see what happens. We’ve had a break now but we’ll see and we hope it is going to be a good year.”

“I am feeling rested and ready to go.”

Cristiano Ronaldo has been linked with a move to Chelsea this summer.

The 37-year-old wants to leave Old Trafford and has failed to turn up on the second-day of pre-season training with the Red Devils.

According to reports, Chelsea are the frontrunners in securing the former Real Madrid star.

“I think he might be tempted to leave as it goes – the way it’s going on at the moment. We’re hearing that he wants to play in the Champions League so I think that might happen.

“I think it will be a win-win situation if he does go. I think it needs to get sorted sooner than later – the season’s like four or five weeks away.

“I don’t know why this wasn’t nipped in the bud early doors. It’s had to drag on this long. I’d be a bit disappointed if I was a Man Utd fan.”

Marcos Alonso considers transfer request to get out of Chelsea 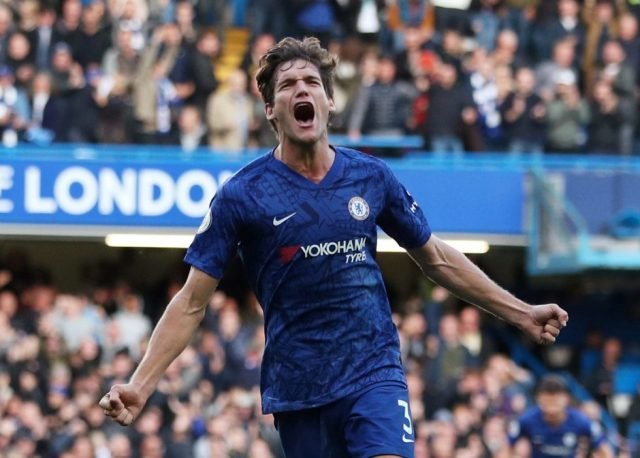 Barcelona are looking to sign Marcos Alonso this summer.

Chelsea defender Marcos Alonso is considering a transfer request to make the departure from Stamford Bridge.

Marcos Alonso wants out of Chelsea. He is no longer a first-choice player under Thomas Tuchel. He wants a change after a long spell in West London.

Those mean very little in modern football – we’re not sure they ever meant much at all. It certainly means something if he’s willing to publicly come out and say he wants to leave, but until then it’s all pretty token.

It’s not always the best tactical move to stick your neck out like that until you know there’s interest, so we wait to see whether any of the potentially interested parties make a move.

Barcelona are looking to sign the Chelsea defender this summer.

Famous pundit explains why Ronaldo wants a move to Chelsea

The 37-year-old was a key player last season for the Red Devils where he scored 24 goals in all competitions.

Unfortunately, the club failed to qualify for the Champions League and Ronaldo is seeking an exit with Chelsea favourites in signing the player.

“I would think if Thomas Tuchel wanted Cristiano Ronaldo, he would ask his new owner on that basis,” Simon Jordan said.

“If Todd Boehly is going back to Tuchel with the perception of having Ronaldo at Chelsea is a good thing for their team then I’m not sure what that says about his particular vantage point on how the football team should be run but there’s nothing wrong with a two-way transaction of looking at things, discussing them in the rounds of the manager.

“Do I think it’s a good signing for Chelsea? No, I don’t. I think Chelsea probably need something different. Do I think Ronaldo can play till he’s 40? Well, who knows, at what standard. Scoring 24 goals can tell you he can score goals but teams are changing how they play and they’re playing with far more energy, far more requirements. First of all, I don’t think it would happen, if it were an option, I don’t think Tuchel would want Ronaldo.”

Cristiano Ronaldo wants to leave Old Trafford this summer and failed to turn up in the Monday pre-season training with the Manchester United squad.

He scored 24 goals in 38 appearances for United last season but due to failure of Champions League qualification, the Portuguese star has asked to leave Old Trafford.

According to reports, Chelsea are the frontrunners in securing the former Real Madrid star.

Bayern Munich and PSG have also been mooted as possible destinations for the 37-year-old star.

German legend Lothar Matthaus has urged Ronaldo to secure a move to the Bavarians this summer.

Matthaus told Sky Germany: “Ronaldo to Bayern would be sexy! At least you should think through the options and play through them once.

“If you at Bayern are of the opinion that Cristiano Ronaldo is still physically able to really help for a year or two and that you can invest the transfer fee generated for Lewandowski more or less one-to-one in the Portuguese megastar, I would think about it.” 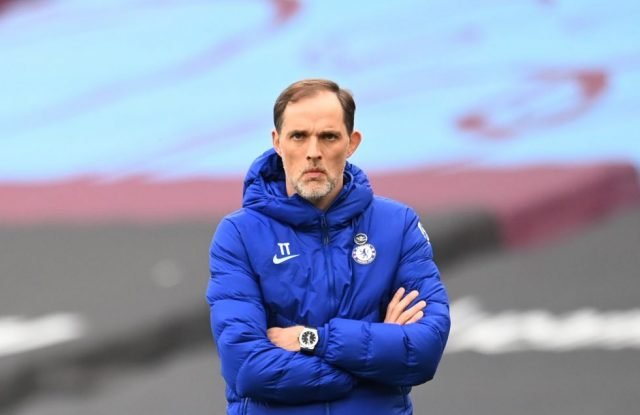 According to Simon Phillips via The Score WWIA (h/t football.london), the Blues have identified AC Milan star Rafael Leao as their full-back option.

Chelsea are currently prioritising Manchester City winger Raheem Sterling, and a deal is expected to be in place soon.

Hakim Ziyech is closing in on a loan move to AC Milan, but the West London club hasn’t asked for any favour in return yet – one might be due though, given that Chelsea sold the pair of Fikayo Tomori and Olivier Giroud to the Italian champions last year. Tomori has been a rock at the back for Milan, while Giroud scored 11 league goals.

Any deal for Leao is not going to be cheap though, despite the good business relationship between the two clubs. Since making his senior international debut in October last year, he has earned nine caps for the Portugal national team.

Cristiano Ronaldo is also linked with a move to Chelsea this summer. Meanwhile, it is extremely unlikely at this point that both players will end up at Stamford Bridge together.

Christian Pulisic intends to not leave Chelsea this summer

Christian Pulisic was involved in a swap deal for Matthijs de Ligt.

The Blues have made Matthijs de Ligt one of their top priorities this summer after Andreas Christensen and Antonio Rudiger departed Stamford Bridge.

Both Pulisic and Werner has been offered to Juventus in order to sign Matthijs de Ligt in exchange.

But according to reports, Pulisic made it clear he doesn’t want to be involved in the deal and wants to extend his stay at the West London club.

He has two years remaining on his contract and was featured only 13 times in the Premier League last season.

‘Of course, I want to get more playing time,’ Pulisic said about his situation at Chelsea.

‘I want to be on the field as much as I can and be the sharpest I can be and fit as well.

‘I think I still got a lot of games, but it’s always something that I’m working at and trying to be regular at club level as well to put myself in the best position to be fit when I come here with the national team.’ 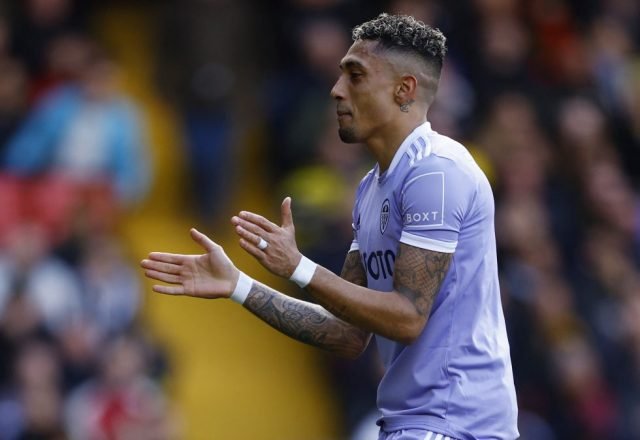 According to CBS Reporter Ben Jacobs, Chelsea co-owner Todd Boehly is hoping to wrap up a deal for Leeds United star Raphinha within the next 24 to 48 hours.

It is believed that the West London club have already agree ond a fee with their Premier League rivals for the Brazilian, but a late move from Barcelona has put a spanner in the works.

Earlier, the Telegraph reported that Chelsea had struck a £55m agreement with Leeds to sign Raphinha this transfer window.

Later we got to know that Barcelona are also trying an 11th-hour hijack as they look to bring him to Camp Nou.

Itlian jurnalist Fabrizio Romano stated in his recent CaughtOffside column that the Barcelona had an agreement on personal terms since last March. However, their financial situation made a deal seem practically impossible at one point.

Jacobs has told GIVEMESPORT that the feeling around Chelsea is that if they can strike an agreement with Raphinha in the next 48 hours, then he should end up at Stamford Bridge.

Speaking to GMS, the CBS Reporter said: “It’s a very, very fluid situation, and we should learn more within the next 24 hours because if Chelsea don’t strike an agreement quickly, then every day that passes, it becomes more likely that Barcelona is Raphinha’s next destination.

“Chelsea are hoping that before Barcelona can get their finances in order, they get a quick deal, and that’s why Todd Boehly’s role is so key, because he is negotiating in a proactive and direct way. And if in the next 24 to 48 hours he can get Raphinha to agree to a move in terms of the financials, then Chelsea’s feeling is that that deal will get done and Barcelona will have to back off.”

Mason Mount was named Chelsea’s Player of the Year for two successive seasons.

The Chelsea academy product has managed to rack up 11 goals and 10 assists in the Premier League last term.

He was the club’s leading goalscorer in the Premier League last campaign.

He has played under six different formations last season and was one of the first names on the team sheet.

Club legend Joe Cole is a huge admirer of Mount and praised the 23-year-old for his abilities.

“The most similar to me — probably because he’s at Chelsea and I watch him a lot — is Mason Mount,” the former England international told Football Daily.

“Others have different attributes, some have better attributes in certain aspects than him, but he’s more rounded.

“If we had a time machine, and we put them all the great players and put them back in our era, Mason would be the one that adjusts quicker.

“Some [of the players from the previous era] wouldn’t believe the tackles they’d get and things like that.”