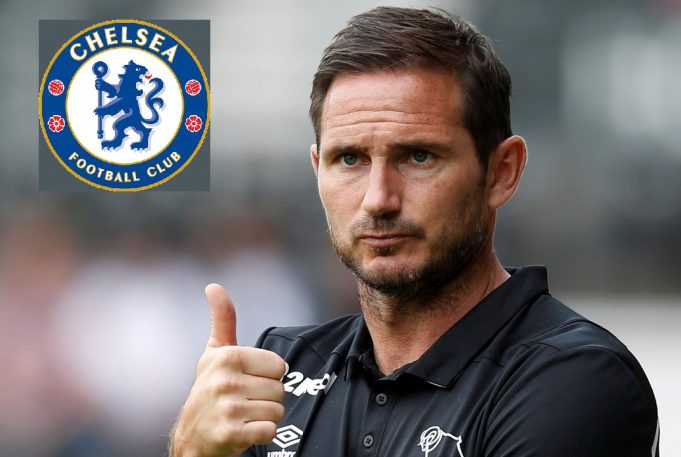 Frank Lampard next Chelsea manager odds? Frank Lampard to join Chelsea? Blue legend Frank Lampard is being considered as one of the favourites to take over at Stamford Bridge from under fired manager Maurizio Sarri.

The Blues have faced a huge setback in the domestic competitions this season as they have been bogged down by consecutive defeats at the hands of Bournemouth and Manchester City in the Premier League by 4-0 and 6-0 respectively. Arch rivals Manchester United have also joined in the act and have knocked them out of the FA Cup with a 2-0 defeat.

On the European stage as well, the ineffectiveness of “Sarri-ball” has been evident as the Blues gave away a crucial away goal against Malmo in the first leg of the tie in the round of 32. In the end Chelsea managed to win the Europa League and get a Champions League-spot for next season.

Maurizio Sarri left Chelsea 16th of June 2019 when his move to Juventus was confirmed.

The pressure was piling on the Italian and even tho it went quite well in the end, Sarri decided to leave The Blues.

On the other hand, Lampard is having a pretty good time with Derby County in the Championship. He helped the Rams to reach the 4th round of the FA Cup in his very first stint as a manager and has also led his side to reach to the seventh spot in the Championship table.

The former Chelsea man has been given love odds and in the running to take over at the Bridge since Sarri has been relieved of his responsibility in the near future.

The player has been a firm favourite at the west London club and the fans will definitely like the prodigal son to return to his home with a bigger responsibility.

However, stalwarts like Jose Mourinho, Laurent Blanc along with current Chelsea assistant manager Gianfranco Zola and Lampard’s former colleague John Terry are also in the running to get the top job at Chelsea, which makes the race even more interesting.

Now it is to be seen who will take over the coach roll at the west London club to spark off a new era at Stamford Bridge.