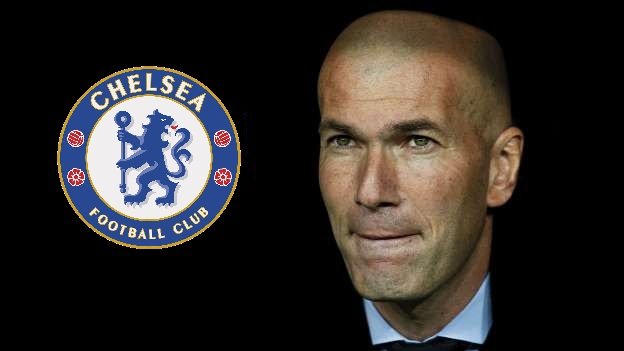 However, Zidane has given out a few conditions ahead of making a move to Stamford Bridge.

Firstly, he wants Eden Hazard, who has been very closely linked with a move to Real Madrid and, to stay put at the west London club.

Secondly, Zidande wants a mega transfer budget of £200 million to revamp his options at the club. 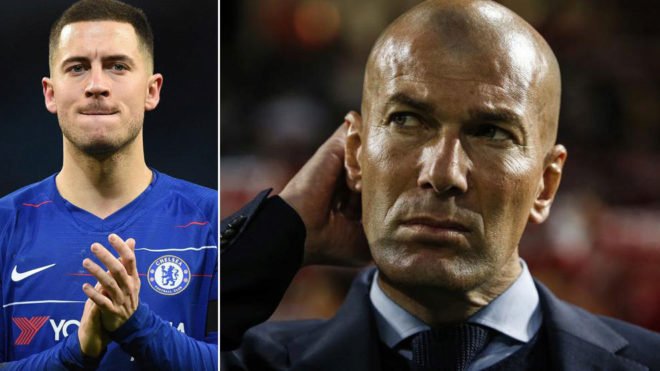 Chelsea’s recent form has been disastrous, to say the least. After losing to Bournemouth and Manchester City by 4-0 and 6-0 in the Premier League in two of their last three matches, the Blues were knocked out of the FA Cup by Manchester United after they endured a 0-2 defeat in their own backyard.

Their form in Europa League has been nothing worth mentioning as well as the Blues have given away a vital goal in the first leg of their round of 32 matchup against Malmo.

This has piled on extreme pressure on the Italian gaffer. A loss against Malmo in the Europa League return leg or a defeat at the hands of Manchester City in the EFL Cup tie might spell doom to his regime at the west London club.

On the other hand, Zidane has been a huge success in the managerial arena, both in the domestic as well as European stages with Real Madrid.

He won three consecutive Champions League titles with the Galacticos, a feat which has made him a firm favourite at the Bridge to take charge if Sarri is sacked (1.20).

In the current scenario, Zizou’s demands are pretty reasonable as the manager of a top-flight club. However, Eden Hazard has recently said that his career doesn’t depend on whether Zidane (3.00) takes charge at Chelsea or not.

Now it is to be seen whether Sarri can revive the performance of his side and keep his place at the club or Zidane comes in at the west London to start a new era in his managerial career.