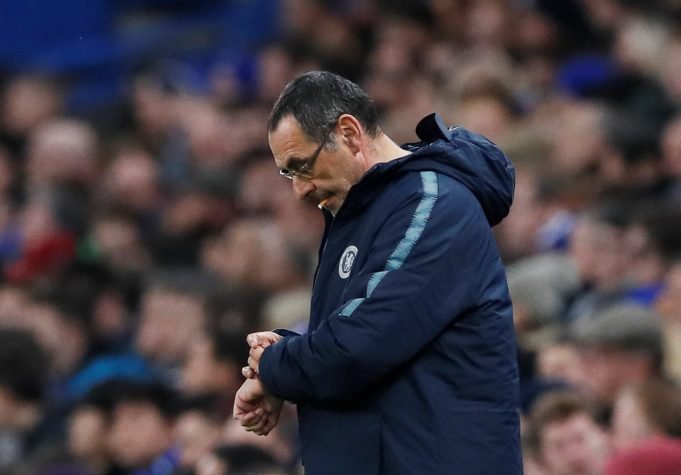 However, Sarri is already under-fire after Chelsea’s recent defeats to Bournemouth, Manchester City and Manchester United.His job is currently hanging in the balance with Chelsea reportedly already lining up replacements.

When asked why his job is in jeopardy while Guardiola was given time, Sarri responded, “Because he was lucky. I don’t know. You have to ask the club.

You have to ask both, Manchester City and Chelsea. But I don’t know if I am under pressure from my club or from you. I don’t know at the moment. I think that, if you choose Guardiola, you have to wait because the club knows very well that Guardiola needs time.

It’s not really very easy for an English team to play that kind of football, so it’s normal.

I am used to arriving at a new team from below. I started at a very low level and, season by season, I arrived here.

Of course, in every season, I was the coach who arrived from below. So for me it’s normal. I’m used to this situation.”

Chelsea next play Manchester City at Wembley in the Carabao Cup final tomorrow.