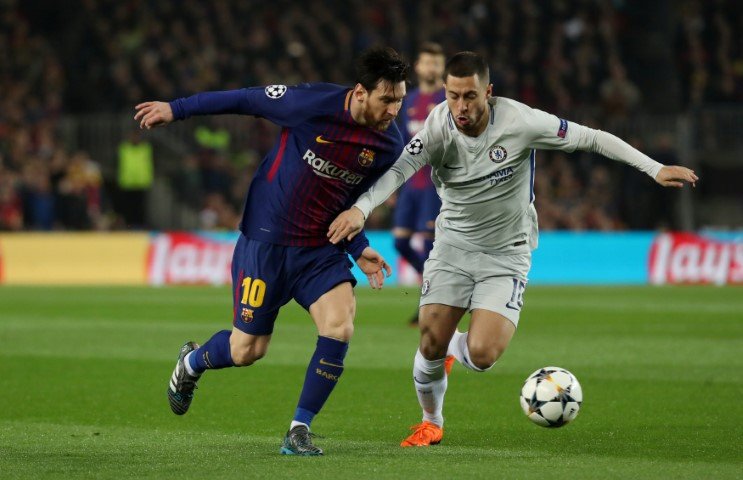 Hazard vs Messi dribbling? Who is the best dribbler – Hazard vs Messi? Which player is best at dribbling? Eden Hazard is considered to be one of the best Chelsea strikers ever. Can he be compared to Messi when it comes to dribbling?

Eden Hazard and Lionel Messi are both quite similar in their dribbling skills. They both don’t use fancy tricks like step-overs and such.But they can both get past defenders with just a simple body feint or change of pace. The ball just sticks to their feet.

Now obviously, Lionel Messi is the better player overall. He has won the Ballon d’Or five times after all. But, in 2017, statistics revealed Eden Hazard was actually the better dribbler with the ball than Messi.

How so? Well when the stats were published in 2017, Squawka revealed that Eden Hazard had completed more take-ons than any other player in Europe since 2014/15.

But dribbling past opponents is all well and good but how influential were they in terms of the end product? Well Lionel Messi wins that battle easily. But here we look at the dribbling skills to find out why Eden Hazard has been the best dribbler with the ball than any other player since 2014/15.

Eden Hazard has been one of the best players for Chelsea and is in our all-time greatest Chelsea XI list.

Check out GTNation’s video of Eden Hazard Vs Lionel Messi:

Well the simple answer is, no. Lionel Messi is by far the better player overall. The little Argentinian has scored more goals, made more assists and won more titles than Eden Hazard. But the Belgian wins the Hazard vs Messi dribbling battle.

Although you can’t deny that the two players are very similar in terms of dribbling technique. In-fact, Belgium manager Roberto Martinez spoke to Goal back in 2017 about the Hazard vs Messi dribbling argument.

Martinez said: “What he does is quite unique. “It’s that acceleration and stopping and standing still. He reminds me a lot of Messi.”

“Not many players can control the moment and take the defenders where you want to take them. The way he uses the ball with his feet is sensational and what is surprising more than anything is his maturity.”

Eden Hazard Vs Lionel Messi- Stats from the 2018/19 season 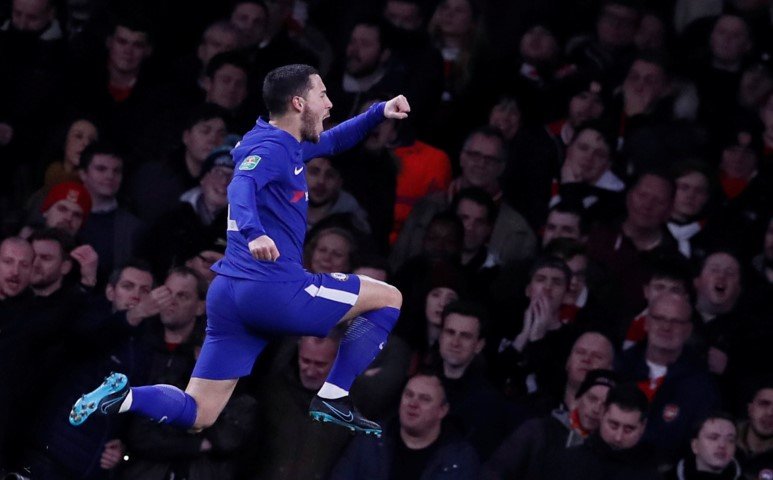 So we’ve looked at Hazard vs Messi dribbling comparisons so now we will look at overall stats. Here we look at the attacking stats from both Eden Hazard and Lionel Messi. Stats have been taken from Transfermarkt and Whoscored.

Winner: Lionel Messi has made more assists than Eden Hazard

Winner: Lionel Messi has a higher market value than Eden Hazard despite being 31-years-old while Eden Hazard is 27-years-old.

Overall, statistics show that Lionel Messi is better than Eden Hazard. But, the Belgian can still be proud that he beat the Argentinian in some categories. Plus Hazard has been the better dribbler statistically than Lionel Messi. Eden Hazard has been the Chelsea FC Player of the Year multiple times too. But Lionel Messi is on another footballing realm compared to Hazard. Messi is, in my opinion, the best footballer ever. Yes even better than Pele, Maradona, George Best and Cristiano Ronaldo etc.

Lionel Messi is well on his way to becoming the winner for the best player for the 6th time now given his form.