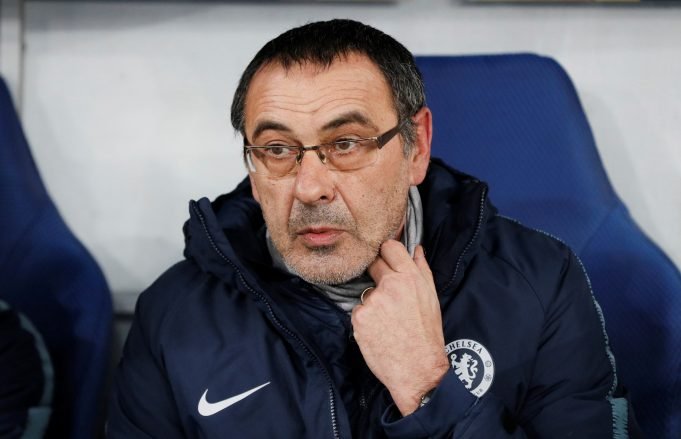 Former Liverpool star Emile Heskey is of the opinion that Maurizio Sarri will not be Chelsea’s manager next season. Chelsea’s defeat to Everton last weekend sees them remain 6th in the league table.

Chelsea still have a fair chance of winning the Europa League this season. They take on Slavia Prague in the quarter-finals and can face either of Benfica or Eintracht Frankfurt in the semi-finals.

However, Heskey feels that Chelsea will sack Sarri even if he wins the Europa League this season. The former England international said, “I’d be very surprised if he’s there next season. It’s been a difficult season for him.

You’ve got talisman like Hazard, a couple of seasons ago we were touting him as the best in the Premier League, probably the best in Europe. You need players like that stepping up to the plate. I think he still could go [even if Chelsea win the Europa League].

I think they’re probably looking at the future now and thinking they’re quite far behind a lot of the teams that they are hoping to be in the mix with in the top four and winning the league.”

Chelsea’s Premier League campaign resumes on the 31st when they take on Cardiff City.

Chelsea players have urged board to sign Richarlison this summer