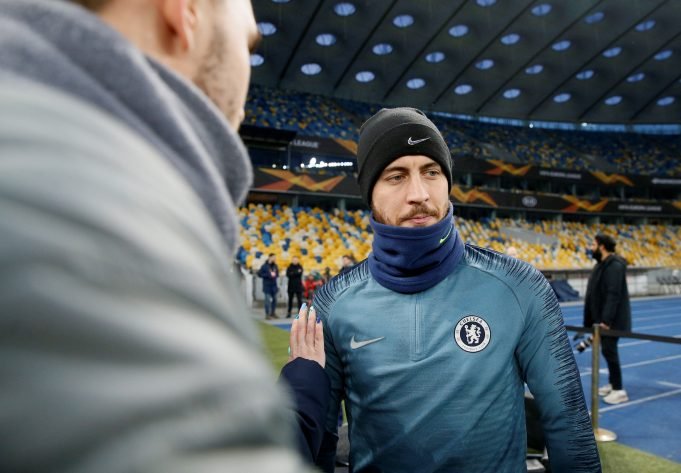 The Belgian winger was subject of an initial bid from Real Madrid on Monday which the Blues turned down. However Spanish news publication, AS believes the Galacticos will be back with a more convincing offer.

The report claims that Chelsea will surely put up a stiff fight in hopes of keeping the 28-year-old but they might not be able to hold out for long. Abramovich is aware of the financial capabilities of the reigning Champions League winners and the sheer influence they have on star players.

Hazard has already decided on what he plans on doing after the 2018/19 season as revealed by him earlier. He is nearing the final 12 months of his contract with Chelsea which would force the South West London side to entertain future offers.

Thibaut Courtois was the last Chelsea player to make the switch to the Spanish capital and his compatriot is expected to follow.

Abramovich and the rest of the Chelsea management team have made provisions for the Belgian’s departure by signing Christian Pulisic in January. The United States international is expected to make his way over to the Santiago Bernabeu in July after finalising a £58m transfer from Borussia Dortmund.

See Also: 10 Players who played for Liverpool and Chelsea