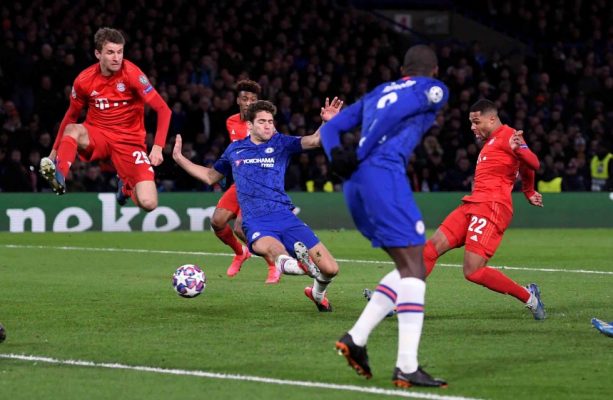 What will be the Chelsea predicted line up for their clash against Bayern Munich?

In goal, we can expect Kepa to regain his spot after being benched recently. In the back three, Kurt Zouma will feature in place of injured Azpiliceuta. The other centre-backs should be Andreas Christensen and Antonio Rudgier.

A four man midfield with James and Emerson at the wings. They should have Ross Barkley and Mateo Kovacic as the pair in central midfield.

In the wings, we can expect Mason Mount with Callum Hudson-Odoi and Olivier Giroud leading the front line. 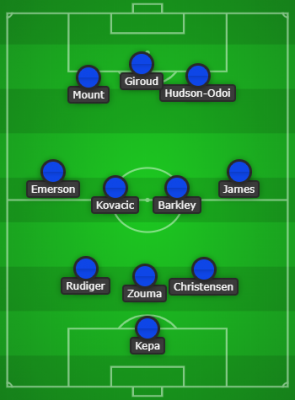 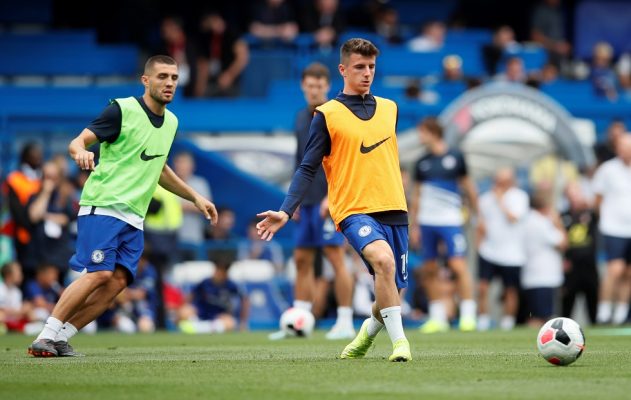 Here we will give you answer on the most frequently asked question about Chelsea – Bayern Munich.

Lampard’s FA Cup final misery was compounded by the loss of three players – Pulisic, Cesar Azpilicueta and Pedro – to injuries that will rule each of them out of this game.

Ruben Loftus-Cheek and Billy Gilmour are also ruled out, while Marcos Alonso and Jorginho are suspended. Willian and N’Golo Kante are fitness doubts.

Lampard has a decision to make with regards to who starts in goal, with Kepa Arrizabalaga having been dropped for the last two matches.

As for Bayern, Gnabry netted twice in the reverse fixture and was the match-winner for Bayern in their friendly win over Marseille on Friday.

Flick has indicated that he will field a strong lineup this weekend, so Gnabry and prolific striker Lewandowski seem certain to start, along with assist king Thomas Muller.

Kingsley Coman is carrying a muscular problem, however, freeing up a space for Ivan Perisic to return to the side alongside that aforementioned trio.

Chelsea are on a bad run of form. Lampard will know that a win against Bayern Munich will be priceless. Lampard knows that it is most important now to get consistent. They just lost their FA Cup final against Arsenal but beating Bayern will be a big fish.

Mason Mount Not Letting Praise Go To His Head

Mason Mount Not Letting Praise Go To His Head