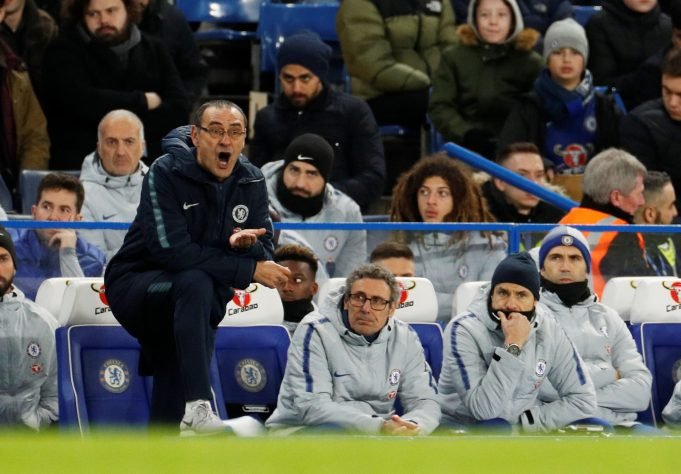 Maurizio Sarri insists the ‘confusing football’ Chelsea played in the second half is a worrying matter for him.

On the back of a 2-1 win over Malmo in the Europa League, the confidence was high at the Stamford Bridge but Manchester United inflicted a shambolic defeat on the Blues which was their fourth loss in their last six matches.

Paul Pogba was again involved in both the goals as Ander Herrera met his cross successfully to make it 1-0. Pogba then headed home just before the interval to double the lead which eventually proved to be the winner.

Chelsea started the second half with renewed energy but despite dominating the possession couldn’t break the stringent United defence. With this defeat Sarri might face the consequence if Chelsea suffer any more hiccups in the coming matches.

Sari said, “For everything, there is a first time.

“I am worried about the result not our fans. Of course, I can understand their frustration. The result was not very good. We are out of the FA Cup.”

“We played confusing football in the second half but in the first half I think we played well,

“We need more aggression and more determination in the situations inside our own box and inside the opposition box. The difference was there.

“We need to be faster, mentally and materially. We need more movements without the ball. We need less individual actions.

“When you have spaces, of course you can do individual actions. But when the situation is like it is in the second half, you need to move the ball faster and more movements without the ball otherwise it is impossible to score.”