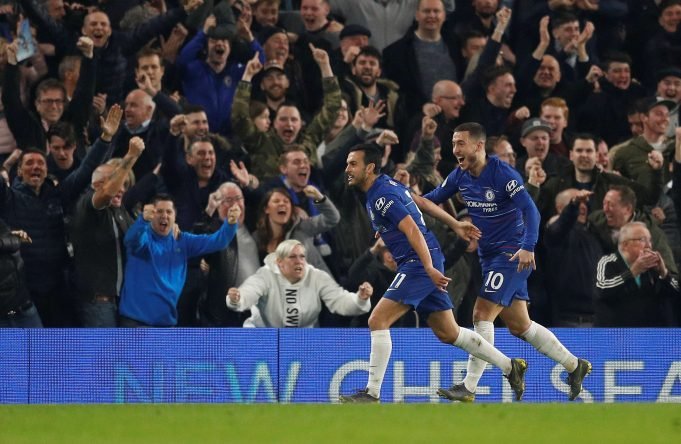 Former Chelsea star Joe Cole has praised Pedro for his performance against Spurs on Wednesday. Pedro scored his 8th goal of the season to open the scoring for Chelsea against Spurs.

Chelsea got a second goal after Kieran Trippier scored an own goal during the twilight of the match.

The win is an important one for Chelsea as it has kept their top four chances alive. The Blues are currently 6th in the Premier League table.

Cole said of Pedro’s performance, “Pedro was brilliant tonight. But not just the goal and going forward, helping out the full-back [Cesar] Azpilicueta and on the other side. And they [Chelsea] have done it despite taking the best player [Hazard] off and giving him a rest on 60 minutes. So it was just a great night all round.”

The Blues next face Fulham on Sunday before playing the first leg of their Europa League last 16 against Dynamo Kyiv on Thursday.