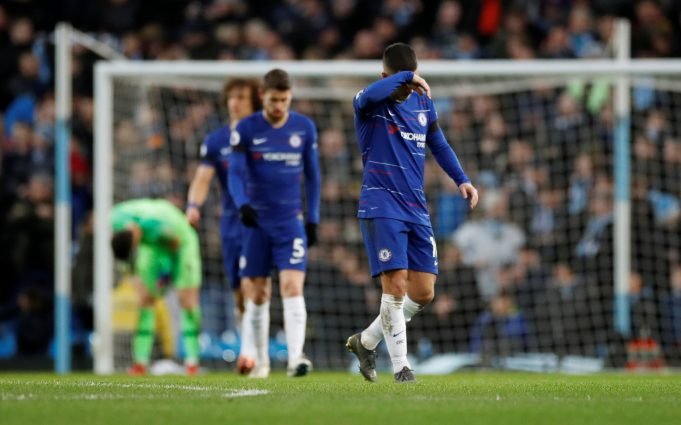 Alan Shearer recognized a massive flaw in the Chelsea lineup after the Blues got thrashed 6-0 by Manchester City on Sunday.

In the post-match analysis, the former England captain explained how Pep Guardiola managed to shut the entire Chelsea side off.

“They dominated Chelsea,” said Shearer. “Not only did they play their own game what was also impressive is the way they actually stopped Chelsea.”

“If you stop Jorginho in the middle of the park you’ve got a very good chance of stopping Chelsea, and I thought they did brilliantly today. They set traps all over the park. ‘If you want to give it to him then we’re there, we’re going to put him under pressure – and we’ll capitalise.’ Instead, the ball goes wide. They win the ball back.”

“They can’t pass it into Jorginho. He wants to start the Chelsea moves off, he wants to dictate the pace of play and how many times he gets it and passes it. He wasn’t able to do that today.”

See Also: Cole talks about his Chelsea and Arsenal days

Shearer kept explaining the theory with examples of certain instances from the match.

He further added, “No protection in front of the back four. Far too easy for Aguero to get in there. Take a touch, turn and straight into the back four.”

“They stopped Jorginho all game and Chelsea could not get started. If that’s not working, they need to find another way to play. They can’t rely on giving him the ball because as we’ve witness teams are going to stop him and if you do stop him that’s half of Chelsea’s game gone.”