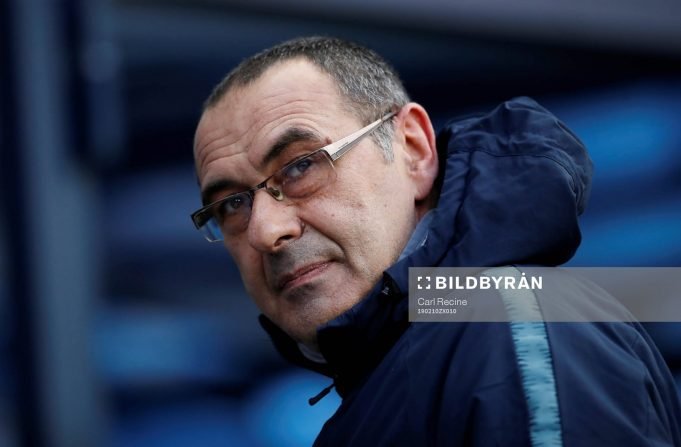 Chelsea faced a 6-0 thumping at the hands of Manchester City this weekend, which has once again seen their vulnerability come in broad daylight against top teams. Their manager Maurizio Sarri’s tactics have been blamed for this downfall and it is expected that he will face the sack very soon.

According to Somerset Live, there has already been search for a viable replacement for the Italian gaffer. As per the report, Oddschecker.com, the former French World Cup winner and Champions League winning manager Zinedine Zidane is on the top of the list to replace Sarri at the west London club.

The former Real Madrid manager is currently not in the charge of any club since giving up his place at the end of the last term after winning the coveted Champions League trophy for three times in a row with the Galacticos. However, the recent reports are indicating that the French legend might return to management with Chelsea.

Though Zidane have the highest odds (7/1) to replace Sarri at Chelsea, the names of former Chelsea managers like Jose Mourinho (12/1), Antonio Conte (25/1) and Guus Hiddink (16/1) have also been linked with a return to take charge at the west London club in case Sarri gets sacked. Current Chelsea assistant manager and a firm fan favourite at Stamford Bridge Gianfranco Zola has also been tipped to take over from his compatriot if Roman Abrahamovic finally takes the decision to axe Sarri.