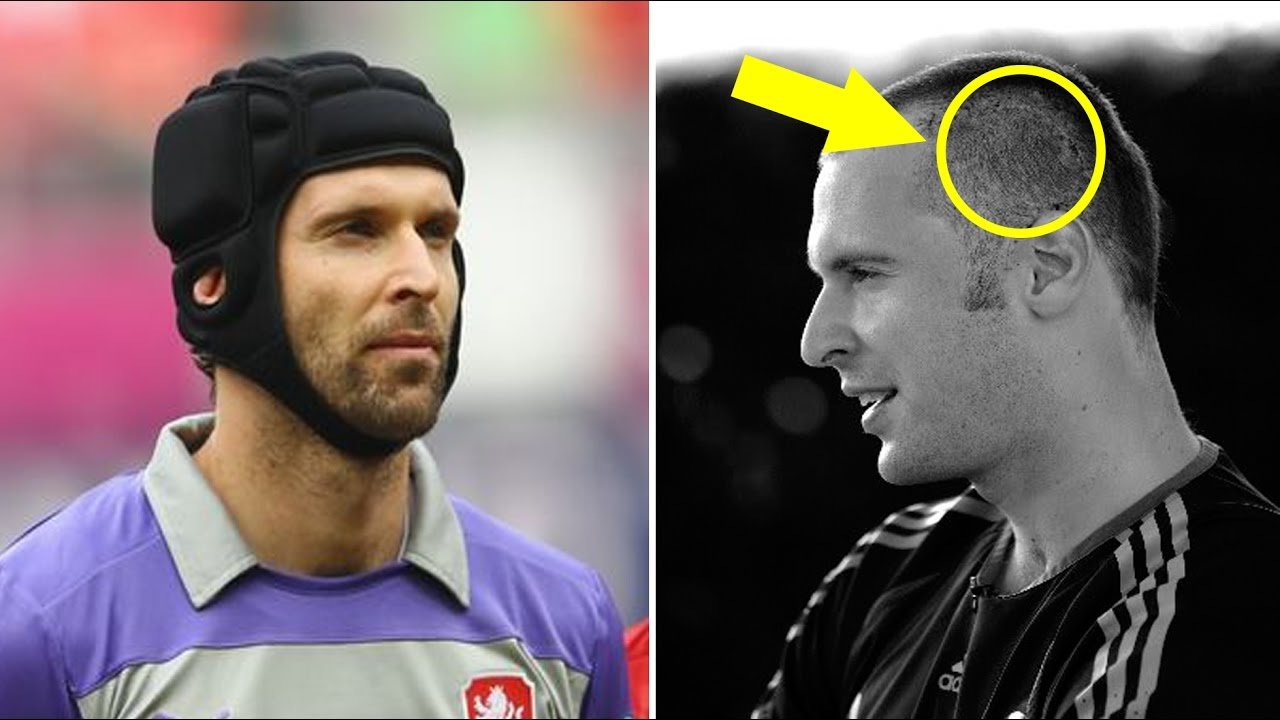 Do you know why Petr Cech is wearing a helmet on his head (headgear)? Here is the Petr Cech accident and injury video and the reason why Petr Cech wears headgear as protection for his head.

Petr Cech is considered to be one of the best Chelsea goalkeepers ever, but is no longer one of Chelsea FC goalkeepers. 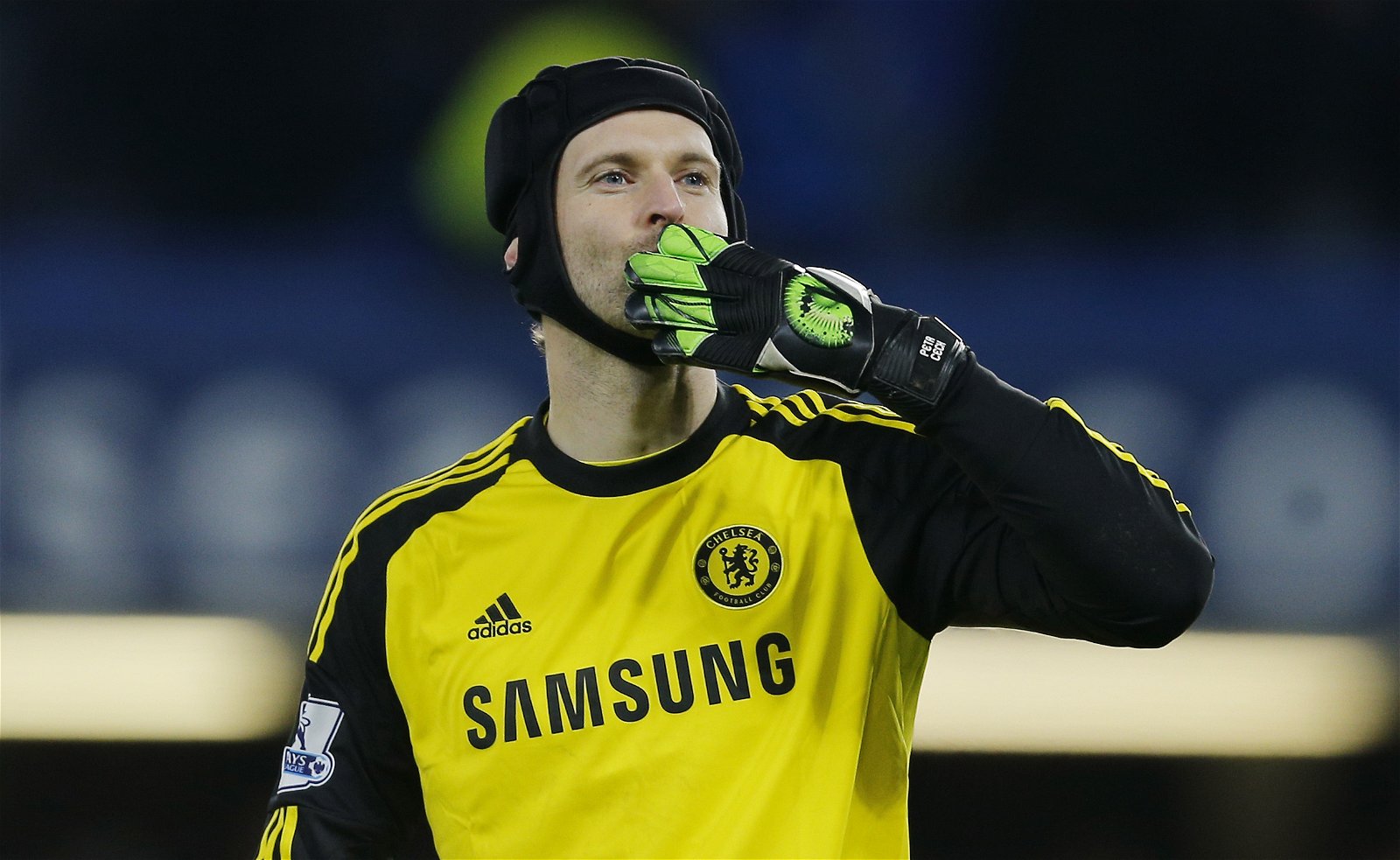 An injury that almost killed him in 2006 against Reading. I remember watching this and feeling sickened at how bad it was. Stephen Hunt from Reading, accidentally (well I hope), ran into Cech as he was collected the ball.

But Hunt’s knee caught Cech right in the head at full pace. Cech instantly collapsed and it was obvious he had suffered a serious head injury. Here we have the Petr Cech video accident.

Do you know why Petr Cech wearing a helmet on his head?

This is why Petr Cech wear headgear!

Petr Cech had a serious head fracture and had to have brain surgery to save his life. If the doctors hadn’t acted fast by giving the goalkeeper oxygen right after the incident, he possibly would have died.

Cech was rushed to the hospital immediately after the accident. Carlo Cudicini came on to replace him, and in an ironic twist, he too suffered a head injury and was substituted. This meant John Terry had to don the gloves in goal! Terry actually made a couple of good saves too! 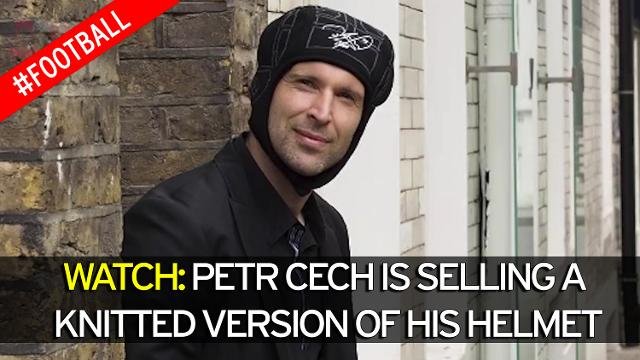 Petr Cech speaks about head injury and why he wears headgear!

Petr Cech spoke about the incident to SkySports after his life threatening injury.
Cech said: “Things could have been different.

“The doctors tried not to scare me too much and I never asked too much.

“But if you ask my wife, even now, she does not look too well. For her, the experience was a thousand times worse than it was for me.

“It was a very close call.”

“I lost consciousness, then I came round again. Some people, they did not like me too much because I was confused and sometimes when you’re confused you try to fight!”

Cech also attributed his life to the doctors and the nearby facilities as the reason he survived.

“The decisions of Bryan and the medical staff and the proximity of Oxford – that’s the combination that gave me a chance.

“I had a depressed skull fracture. A few pieces of bone went in quite deep, that was the biggest danger.

“The more they go in, the left side of the brain (where Cech was injured) is quite an important centre of movement. Anything could happen.”

Cech described intense headaches waking him up at night after the accident.

He told Chelsea TV: “Sometimes it is difficult because you wake up and you have a horrible headache so you have to take your medication.

“I just try to live with that and every day it is going to get better.”

Most people can’t even go back to their normal careers after a serious head injury so it’s miraculous that he was able to play again.

Cech said: “I have to say a lot of people did not want me to return a quickly as I did. It was my decision and my will to come back to what I was used to doing and what I love.

“Once the surgeon said the skull is strong enough with the helmet on, I decided to return to training with the team.

“Two days later, we traveled to Liverpool – which I did not tell my wife at the start, I told her I’m just travelling with the team.”
“But the manager said to me, ‘You want to go to watch or you want to play? You tell me.’

Of course, that is why Cech wears a helmet now. Because if a person who’s had a head injury already, gets another one it’s mores serious. Plus they are more susceptible to get another one. And the following head injuries can be even worse.

Well now you know why Cech wears a helmet!

There are now tighter rules around head injuries now in football. At every Premier League game now there are ambulances because of the injury to Cech. Regulations are also now in place that all teams must have doctors and paramedics on standby in the dugout.

Cech said: “As human beings, we always need something to happen to improve.

“If you look at the Fabrice Muamba case, this is what helped save his life – the paramedics are there.

“If they have to come from the hospital, even one that’s close, he would not be here.”

Cech is now playing for Arsenal but he will always be a legend at Stamford Bridge. To this day, he still wears the protective helmet.

He has decided to retire at the end of this season, calling an end to a long and illustrious career.