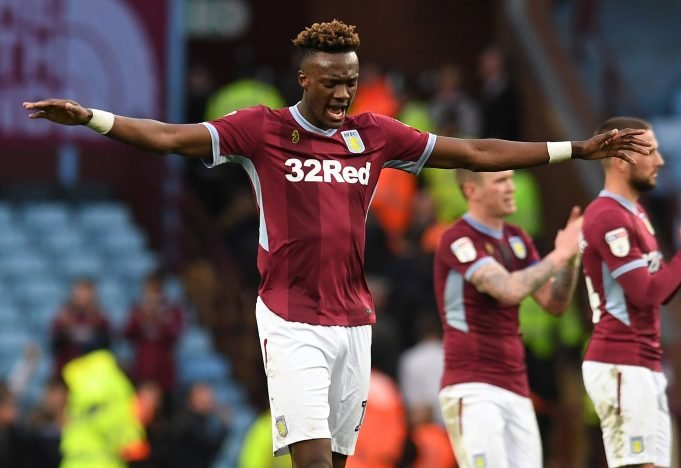 Tammy Abraham is ready to make his full fledged start at Chelsea next season as the Aston Villa striker is determined to make his mark at Stamford Bridge.

The 21 year old has lit up the Championship with his goal scoring antics as he has so far netted 21 goals for the Midland giants. Neither Antonio Conte nor Maurizio Sarri has preferred to include him in their plans but the Chelsea loanee has shown time and time again he is here to stay.

The arrival of Gonzalo Higuain has had very little impact as the Argentine international has done very little to fill in the shoes of the misfiring Alvaro Morata who eventually left for Atletico Madrid.

With the current transfer ban, the Blues are barred from registering any new players and this could be a boon in disguise for the forward. Abraham said, “That’s the aim going into next season.

“I think I have the ability to. I just have to, when I get the opportunity, grab it with two hands.”