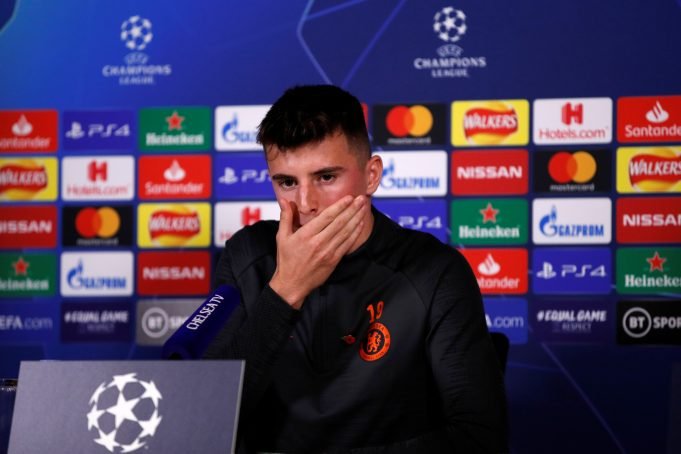 Mason Mount has reviewed the tough lesson he learnt while facing Bayern Munich in the Champions League last season.

Chelsea suffered a 7-1 thrashing from the European champions even after making significant stride under Frank Lampard. While on England duty, Mount reflected on the two fixtures and how he fell short in matching up against Bayern.

Mount told Sport Bible, “The Champions League is on another level. The games feel different. Bayern have some unbelievable world-class players… [Robert] Lewandowski, [Joshua] Kimmich and Thiago in midfield, I just couldn’t get near him.

“They moved the ball around the team so quickly. When you’re up against players like that you’re thinking, ‘How are we going to stop this?’ It was a big moment, it opened my eyes. It made me realise, ‘This is the next level, this where you need to be’. And I am determined to work hard and reach that level.”

On what his teammates learned from the Bayern loss, the 21-year-old said, “The Bayern team have been together for a very long time, they know each other inside out and they’re all world-class players that have played hundreds of games; World Cups, Euros, big Champions League finals.

“They’ve been through it all so they had a big advantage over us younger boys. Obviously, it’s difficult to take a loss, but when you go through a game like that you learn so much, you learn so much more than if you win 3-0. It was a tough lesson, but we’ve taken so much from that experience and we’ll come back stronger.”