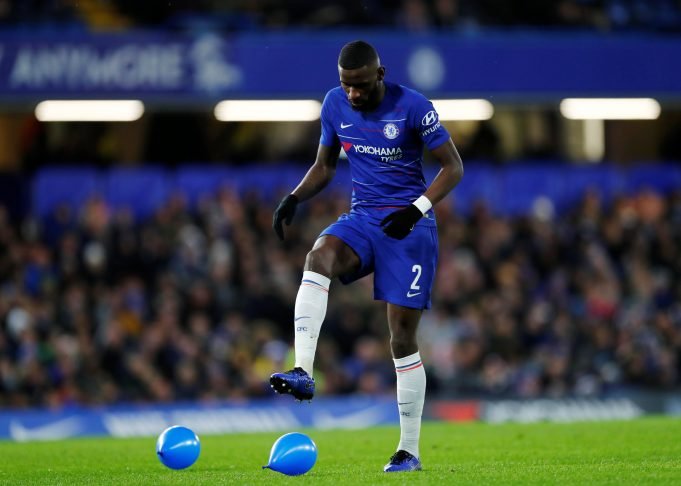 Antonio Rudiger has blamed Chelsea players for their harrowing defeat against Bournemouth insisting players should be blamed for the 4-0 loss.

Josh King netted a brace and David Brooks and Charlie Daniels scored apiece as the Cherries humiliated Maurizio Sarri’s side at Vitality Stadium. The Blues had a convincing first half but failed to convert their chances.

Eddie Howe emphasised more on the counter attack in the second half and the Blues had no clue as the Cherries piled more misery as they exploited Chelsea’s hapless defence.

The defeat saw Chelsea moving out of the top four for the first time this season. Rudiger said, “Everyone needs to be ashamed of what happened in the last game.

“Everyone needs to think very deeply about that because you can win, lose or draw, but it’s the manner which is important.

“In the second half, I can’t really describe it. We went out and they scored after two minutes then things went very badly. Nothing came from us – N’Golo [Kante] had a half chance but that was it.

“If you look at the view of football, we made it too easy for Bournemouth by losing the ball up front – everyone knows Bournemouth are going on the counter, and they were waiting for this.

“We have played better this season and that’s what hurts, we didn’t really try to change this result, that is what is bad.”