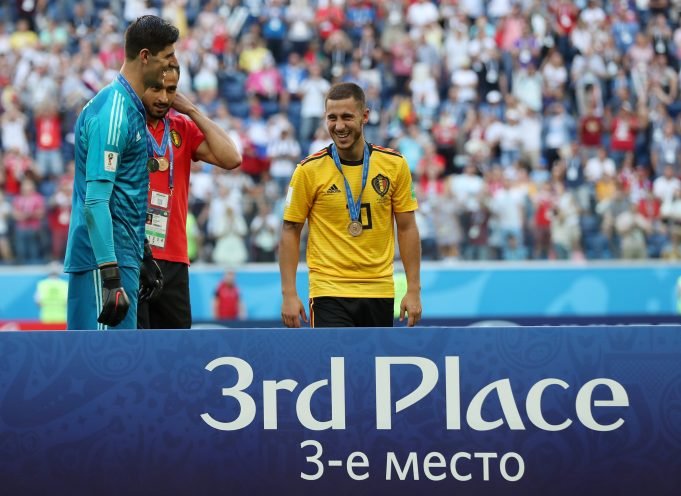 Thibaut Courtois feels Eden Hazard would be a perfect fit for Real Madrid than Neymar.

Los Blancos are destined to launch a renewed attempt to take away Hazard from Chelsea. The Belgian forward has been the focal point of Chelsea’s attack in the last few seasons and has attracted interest from all over the world.

Despite repeated attempts negotiations over a new deal have stalled and the 28 year old is likely to see out his contract to make a move to the Spanish capital in 2020.

Madrid have failed to fill the void of Cristiano Ronaldo and are determined to rebuild their squad in the next summer. If the current scenario remains the Blues might force to cash in on the player or they could lose him for free.

Courtois said, “I [would] choose Eden, of course. I really like him, but the choice is up to the board. I do not know what will happen. That is not a question for me, but for the chairman and the management.

“The team is what it is now. Karim Benzema is in a good shape and scored 17 goals. [Gareth] Bale started well, but then had to deal with injuries. You see in the matches that we have quality, only sometimes it is not possible to score.”