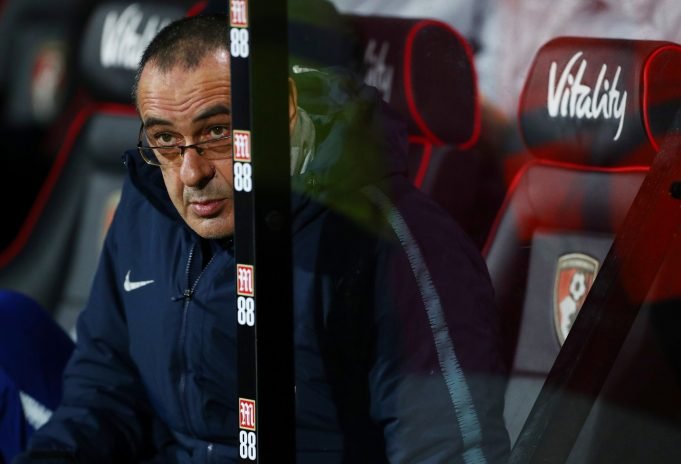 Maurizio Sarri stated that he did not attack his players after Chelsea’s 4-0 defeat against AFC Bournemouth on Wednesday.

The Italian manager held an isolated session with his squad members after the fixture to clear out any frustrations. Speaking on what happened behind closed doors, Sarri revealed,  “I didn’t attack the players. I talked to them because I needed to understand. Then I went home immediately because I wanted to review the match. There wasn’t another reason.”

“I have to involve my players more in my football than we are doing at the moment. Now we have the mentality for doing the match. We have to improve our reactions and improve in the offensive phase. We have a lot of individual phases.”

“They were really patient, we have to work to change the mentality and go on. For me the situation is very clear.”

See Also: Chelsea Loanee Insists He Is Ready To Leave The Club