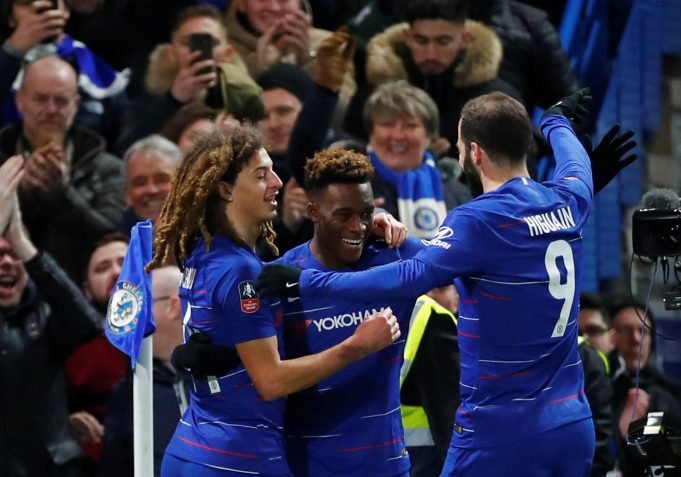 Chelsea’s assistant manager Gianfranco Zola believes that the club is doing everything they can to keep Callum Hudson-Odoi at the club.

The 18-year-old winger handed in a transfer request on Saturday in a bid to force a move away from the Blues to Bayern Munich.

Despite all of that, he started in the team’s 3-0 win over Sheffield Wednesday in the fourth round of FA Cup.

The youngster scored to further display his talent on the pitch. He was quizzed about his future post-match, but the youngster didn’t reveal anything.

Zola has pleaded him to stay and also claims that first-team action won’t increase if he joins the Bavarians.

The Italian said: “I want to stress if you look at the big clubs not as much play.

“It means we have trust. We are showing this.”

When pressed if he will have a say over whether or not Hudson-Odoi will be sold, Zola replied: “I am not the club, I work for the club.

“The decisions aren’t for me. I cannot say more than that.”

Hudson-Odoi is understood to be unhappy at Stamford Bridge because of the lack of playing time under Maurizio Sarri.

He is looking to make a move to Germany and follow the footsteps of Jadon Sancho and Reiss Nelson, the duo who have done very well there thus far.

Also Read: Defenders says summer signing gets criticism because “he plays for Chelsea”