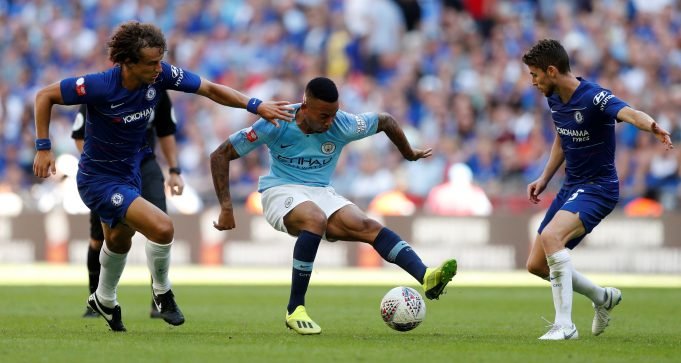 Luiz says Jorginho gets criticised because he plays for Chelsea

According to Chelsea centre-back David Luiz, Jorginho gets criticism mostly because he plays for Chelsea.

The Blues have displayed some very underwhelming performances in the past few weeks, leaving them in a position where few more slip-ups would mean getting down from the current fourth position in the league table.

Luiz believes that the summer signing from Napoli, who is considered as one of the main men of Maurizio Sarri’s system, gets criticised because of the club he plies his trade for.

Discussing the variable nature of playing for a club of Chelsea’s stature, the Brazilian defended Jorginho and praised his footballing credentials.

Speaking to the Evening Standard prior to the Blues’ EFL Cup semi-final victory over Tottenham, Luiz said: “It’s because he plays for Chelsea.

“When you play for Chelsea, a big team, you have to understand everyone is going to criticise you. But when things go well, everybody claps their hands for you.

“When you are at a big, big team you have to understand that this is normal. He is a player that has played at the top level for some time.

“It is his first season in England — and that is never easy for anybody — but he is doing an amazing job.

“This Spurs match is as important a game for Jorginho as it is for everybody else.”

After progressing in the FA Cup, Chelsea travel to Bournemouth for their next league assignment on Wednesday night.

Also Read: Ex-Chelsea midfielder and manager says this Liverpool star is ‘perfect’ for the Blues.