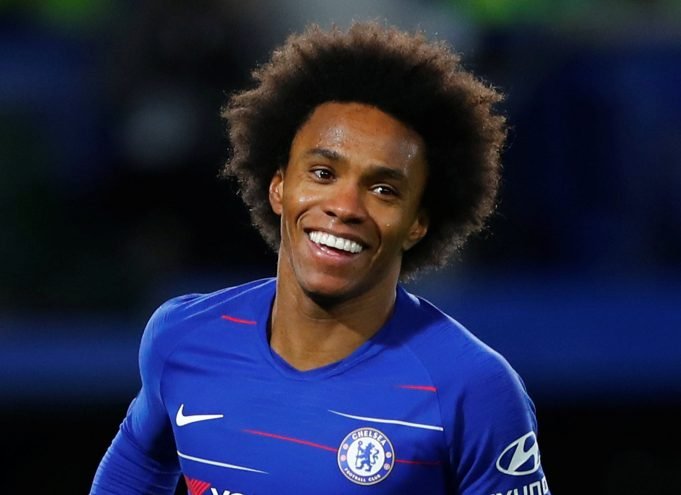 If reports are to be believed, Willian has confirmed that he wanted debutant Gonzalo Higuain to take the penalty in Chelsea’s latest 3-0 victory over Sheffield Wednesday in the FA Cup but the Argentine talisman rejected to do so.

Willian opened the scoring from the spot in the first half and added another late in the game after Callum Hudson-Odoi had doubled the advantage for the Blues.

Higuain impressed on his debut for Chelsea but he failed to get his name on the scoresheet and Willian has confirmed that he tried to make him take the penalty to allow him to score his first goal.

Asked by ChelseaTV if Higuain had asked for the ball during the exchange, he explained: ‘No I want to give him the ball.’

And he said you take it? ‘Yes. I wanted him to score the first goal today. But it will come soon.’

We have a great relationship, we know each other inside the pitch,’ Willian continued.

‘We know the quality of the players we have in front, a lot of quality players, technical players so it’s great when you have players like Higuain, Hudson-Odoi, Pedro, Hazard, Giroud. It’s good for Chelsea.’

Higuain will have another opportunity to open his account when Chelsea travel to the south coast to face Bournemouth in the Premier League on Wednesday.