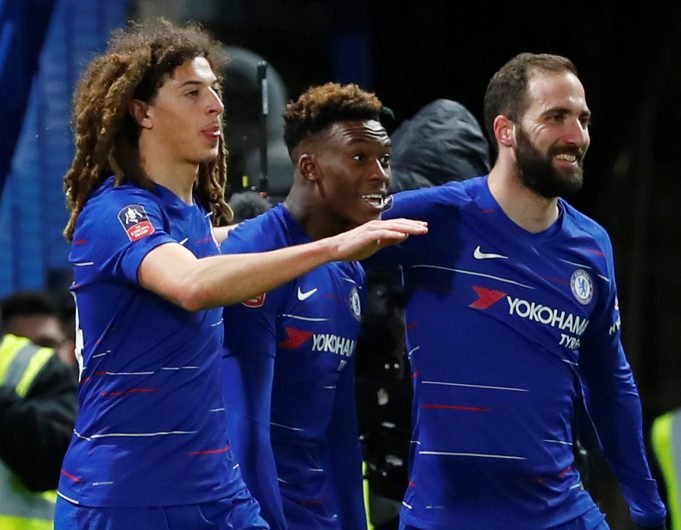 The Argentine made his Blues debut in a 3-0 FA Cup win over Sheffield Wednesday at Stamford Bridge.

Despite the result being one-sided, the 31-year-old was a peripheral figure throughout the course of the game.

Willian’s brace and Callum Hudson-Odoi scored the goals to win the game for Maurizio Sarri’s men.

Higuain turned down a chance to score on his debut when he handed the penalty to Willian to score.

The striker, who arrived at Chelsea on loan from Juventus, was subbed off in the 82nd minute. Olivier Giroud played the last few minutes and provided the assist for Willian’s second goal.

In a news conference after the game, Zola was quoted as saying about Higuain and his performance on the day: “Considering it is the first game, you will see more from him,” the assistant coach told a news conference.

“A couple of times in the first half he made a couple of great moves but we couldn’t find the right ball.

“I am personally satisfied with him, but he is going to get better because he needs to build up an understanding with the others.

“Sometimes in the first half he was making movements but we couldn’t see his movements and this is something we need to do.”