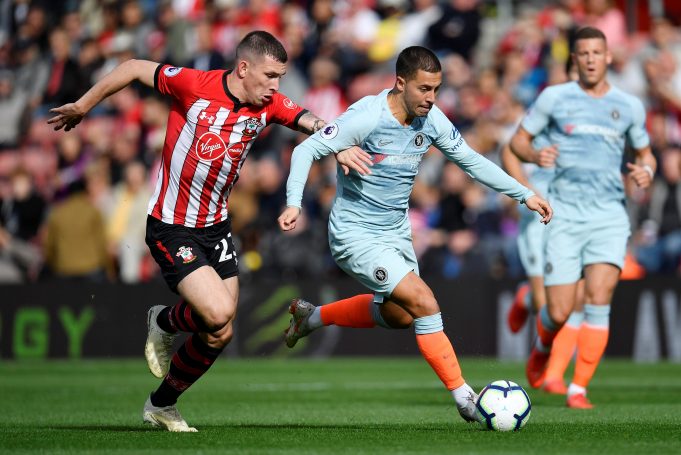 Chelsea manager Maurizio Sarri has said that Eden Hazard can still improve. Hazard has been in terrific form in the past couple of months. After an outstanding World Cup, he has doen brilliantly for Chelsea this season so far.

In 10 matches across all competitions, he has scored 8 goals that includes 7 goals in just 8 Premier League appearances. There is a very good chance this season can be the finest of Hazard’s career.

However, Maurizio Sarri still believes that Hazard can do much better and become one of the best footballers in the world.

He said, “Hazard is immense and I don’t think even he knows how much he can still improve. I said he could end up in the tight circle of the best three or four players in the world.The problem is he plays to enjoy himself and at times doesn’t realise the importance of moving from fun to reaping the rewards. At the end of the day, you’ve got to get the fruits of your labour.

Hazard’s approach is a positive, but it can become a potential limitation too. He needs to lift his head up, look around and realise there’s a whole world in front of him that he can dictate with his feet for the good of the collective and not just the individual.”

Regarding Hazard’s future at Chelsea, Sarri said, “His contract expires in 2020, but he’s staying here.”

There have been plenty of doubts regarding Hazard’s future at Chelsea. The Belgian himself is not sure whether he wants to stay at Chelsea or go to Real Madrid.

Chelsea’s next match is against Manchester United next Saturday.