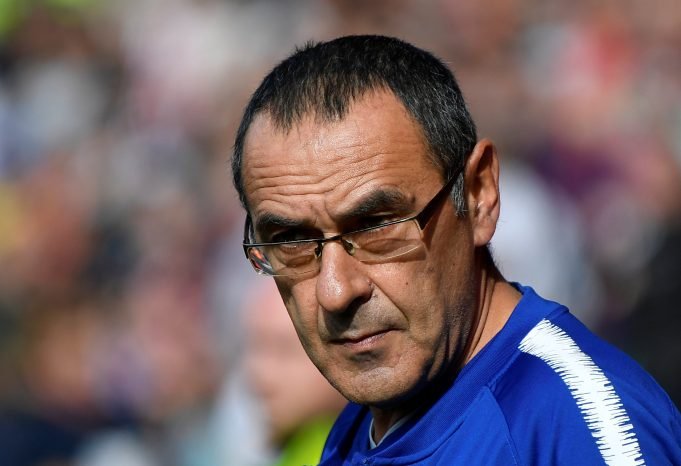 Chelsea boss Maurizio Sarri has revealed what Jurgen Klopp told him before Liverpool’s equaliser when the two sides met two weeks back.

Liverpool took on Chelsea two weeks back in a Premier League fixture that ended in a 1-1 draw. Chelsea got the lead through Eden Hazard. Liverpool were on course to face their first league defeat before Daniel Sturridge shot a remarkable equaliser.

Sarri said that Klopp was laughing and joking with him on the sidelines throughout the match. He said, “There are moments when the grand spectacle of it all convinces you to put aside any regrets. Even if you concede at the last minute or five minutes into stoppages.

That was an extraordinary show. Just 10 minutes earlier, I saw Klopp looking at me with the game going on. I asked: “Why are you smiling?” He replied: “Aren’t you having fun?”

I said: “So much” and he added “Me too”. He was losing at the time. Even after the equaliser, remembering that moment, we hugged like two old friends.

I’m sure he would’ve done the same even if Liverpool hadn’t equalised. The Premier League has this joy of football.”

Chelsea are currently second in the Premier League table behind Manchester City. Their next match is against Manchester United next Saturday.