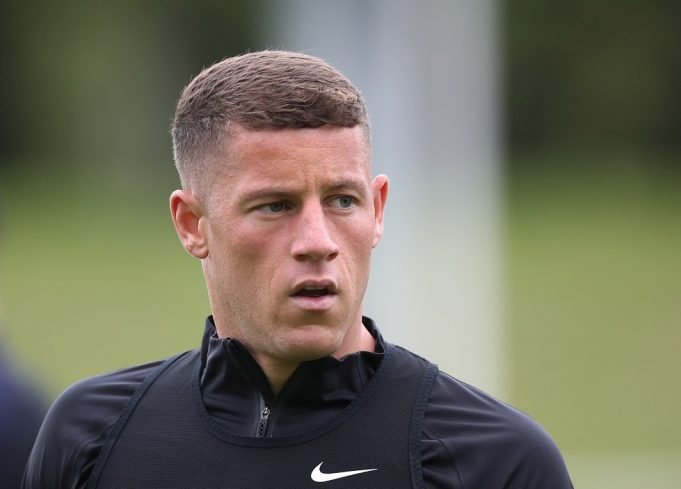 Chelsea midfielder, Ross Barkley is ready to fight his way back into the first team after season mishap.

It was a couple of late night incidents that placed the Englishman in Frank Lampard’s bad books.

Barkley was caught going out just before gamedays which Lampard promised to address. The 26-year-old also faced a month-long spell on the sidelines with an ankle injury. He returned against Nottingham Forest this week to score a goal and help Chelsea to a 2-0 FA Cup third round victory.

“For the last two or three weeks, I’ve been pain-free and I feel good. I’ve been putting in the extra yards after training, doing double sessions fitness-wise to just get on top of it and now I’m ready to get back in the side.” – @rossbarkley ? . . . . . #cfc #chelseafc #chelsea #chelseafans #cfcfans #cfcfamily #blues #carefree #talkchelsea #ktbffh #blueisthecolour #stamfordbridge

Barkley said, “I haven’t played for a while because I had a setback after I injured my foot.

“I was in pain until only a couple of weeks ago but I put in a lot of hard work and I was grateful to get a start today, to get a goal and hopefully I can kick on from here and get back in the side.

“You want to be on the pitch but I had fine chips on two parts of bone in my foot so it was really painful. I was trying my hardest to pass the ball in training with my right foot but it was that painful that I had to train with my left foot and some days I had to come out of training completely.

“I couldn’t really kick the ball with my right foot so I just had to bide my time and keep working hard. For the last two or three weeks, I’ve been pain-free and I feel good.”

He continued, “It’s just about continuing to work hard in training and with a goal today, maybe it puts that thought back in the manager’s mind. I’ve been putting in the extra yards after training, doing double sessions fitness-wise to just get on top of it and now I’m ready to get back in the side.

“I always stay positive in my mind because everyone has setbacks. No footballer likes being in the stands watching games, you want to be part of it and that means you’re frustrated but you have to take every chance you get like today. We won the game, kept a clean sheet and I got a goal so hopefully that helps me get back in the side.”