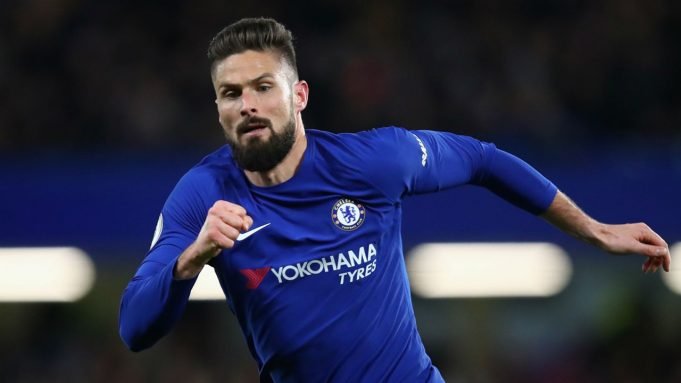 Chelsea are ready to offer £40m plus Olivier Giroud for the services of Olympique Lyon’s Moussa Dembele.

Frank Lampard is determined on bringing in the Ligue 1 forward despite his club stating he is not for sale.

Dembele’s contract is set to run until June 2023 with the striker hitting a hot run of form this season. He has scored 10 goals in 18 Ligue 1 appearances this season and could provide Tammy Abraham stiff competition for the number nine role.

Chelsea have struggled without an able backup in their ranks to Abraham. That means offloading both Giroud and Michy Batshuayi will open up the space for Dembele’s arrival. The Blues are also though to be in the market for Leicester City’s Ben Chilwell.

However, the Foxes are reluctant to sell in the middle of such a successful campaign for them. Sky Sports reporter Kaveh Solhekol revealed there is another defender Chelsea are targetting.

“He’s young, very promising and he would cost at least £50million.”

“I think Sancho would cost over £100m and that’s a deal that would more likely happen in the summer if he was to leave Germany,” he continued. “There’s also Moussa Dembele, he would like to come back to England, but Lyon don’t want to sell him until the summer.”