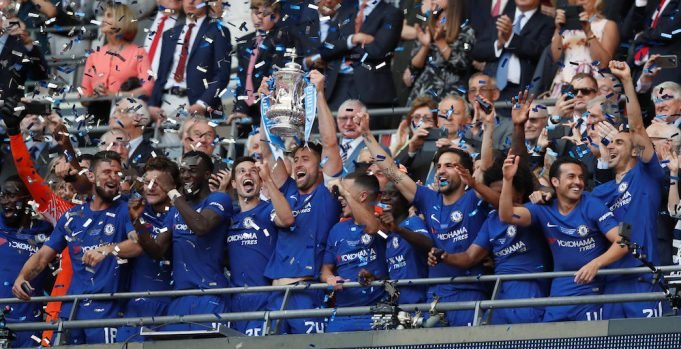 The Spaniard has played in Chelsea since 2016 and has made a remarkable year in the club from the English Capital. Real Madrid is now keen to buy the defender.

Real Madrid are currently looking for a new coach. After Zinedine Zidane resigned ‘los merengues’ have been on a chase to get a new coach for next season. Meanwhile Cristiano Ronaldo is on his way to leave and Real Madrid are now making plans for a future without the Portuguese superstar.

According to Spanish news Real Madrid want to splash the money from the selling of Cristiano Ronaldo on enforce the defence. The club captain Sergio Ramos is said to be the leader of the defensive players and the Andalusian has told the border to sign a Chelsea player.

According to Don Balón Real Madrid will try to get a deal with Chelsea over the signing of wing back Marcos Alonso. The spaniard has been on the Real Madrid wishlist for a longer time and a move from Stamford Bridge and are willing to pay about 30 milion pounds for a transfer.

A move for Antonio Conte to Real Madrid is coming closer. Chelsea are looking for a new coach to replace the Italian and Conte can be in his way to Estadio Santiago Bernabéu. According to English press, Conte can bring players as Marco Alonso and Eden Hazard with him if he signs for the Spanish capital club.