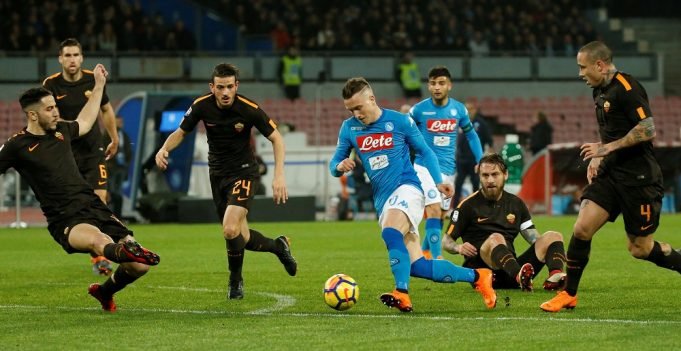 The club and the player yet to reach a new agreement

Chelsea are expected to overhaul their side this summer after an underwhelming Premier League and Champions League campaign this season. They have finished 5th in the league and will the Champions League nest season.

Antonio Conte’s future is still uncertain but the Premier League giants are looking to secure new signings as they want to complete the deals as soon as possible. One of their top priorities is to bolster their defense as their back-line struggled last season.

Chelsea are monitoring Roma full-back Alessandro Florenzi, according to Gazzetta dello Sport. Last summer signing Davide Zappacosta has struggled to make an impact and the club wants a new wing-back to compete with Victor Moses.

Florenzi came through the ranks of the Italian side and made his Serie A debut in 2011 before joining Crotone on a loan deal in order to get more first team football.

The 27 year old returned back to his Parent club in the following season and since then has been a mainstay in the right side of the defense. He has been very consistent for the club and established himself as one of the best right-backs in the league.

The Italy International was a regular for Serie A giants last season, making 42 appearances in all competitions and helped his team to reach the Semi-finals of the Champions League.

The defender has yet to decide whether he will stay at Italy or not and Chelsea will make a move for him if he decides to leave this summer. Giallorossi are also willing to cash in on him rather than let him leave on a free transfer next summer.

Juventus and Inter Milan are also interested in him but it is highly unlikely that Roma will sell to a direct rival.

Read Also: Chelsea to make a move for Mauro Icardi