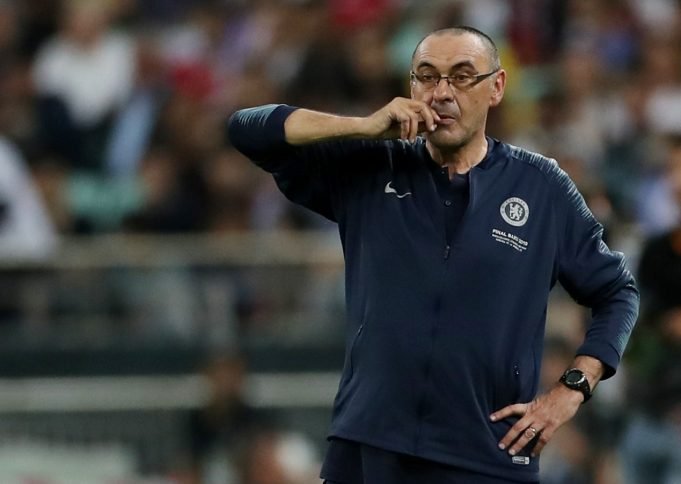 According to reports in Italy, Maurizio Sarri is set to leave Chelsea for Juventus in the coming weeks.

The Italian claimed the Europa League trophy in the final game of his debut campaign with the Premier League outfit. The final win over Arsenal was the cherry on top, having already guaranteed Champions League football through a third spot Premier League finish.

After coming into heavy criticism from the fans and pundits, Sarri has managed to wither the storm and deliver results no one thought he would. A few weeks back, it seemed like the 60-year-old was sure to get sacked but the situation has gotten complicated at the Stamford Bridge.

This has also tied itself with the vacant managerial position at Juventus. Massimiliano Allegri’s departure from Turin has presented Sarri with the wonderful opportunity to return to his homeland.

Plenty of reports claim that the former Napoli boss is keen on coaching the Bianconeri and has already agreed terms with the club. Now, it is being said that Chelsea have allowed Sarri to move on.

This would mean that the 60-year-old will be set to manage his 20th club when he takes over Juventus next season switching his job from a banker to a coach in 1990.