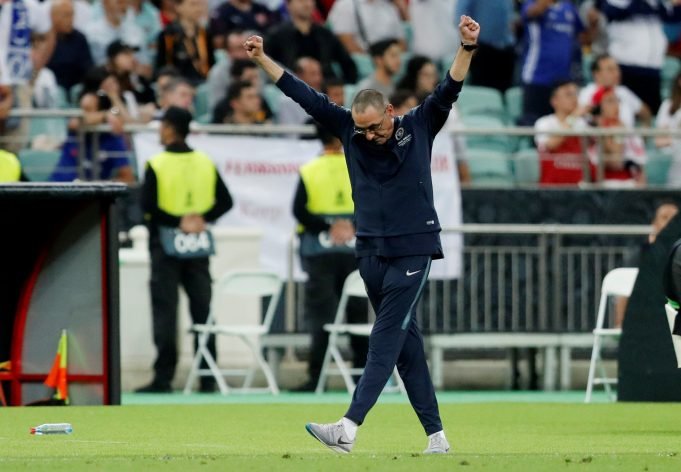 Maurizio Sarri has asked for permission from the Chelsea hierarchy to leave the club.

The Italian manager led the Blues to their second Europa League title as they outplayed Arsenal in the final to lift the trophy in Baku. The manager was asked to secure a Champions League place and at one time they looked to be on course towards a finish outside of the top four.

But the West Londoners recovered well and took advantage of Tottenham Hotspur’s slip up as they completed the season in the third place. Despite fulfilling all the promises there are severe concerns regarding his imminent future.

A section of the Chelsea supporters is reportedly unhappy with the way the manager tried to execute his possession based style. The West Londoners started the season in an emphatic fashion as they had been unbeaten for a long time.

But the momentum broke and they eventually failed to carry on their form onto the next phase.

Juventus are reportedly very keen to bring in the Italian following the departure of Max Allegri. Having spent his entire life in Italy he does have a good knowledge of the Serie-A and the Turin giants want to cash in on this opportunity.