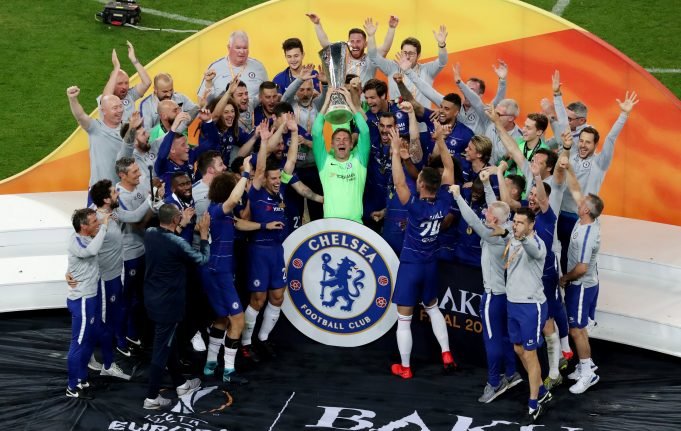 Robert Green has hung up his boots at the age of 39 after a prolonged football career.

The goalkeeper’s decision came after Chelsea lifted the Europa League by getting the better of Arsenal I the final in Baku. He was the third choice in the pecking order at the Stamford Bridge behind Kepa Arrizabalaga and Willy Cabellero.

Green didn’t feature in a single game since his arrival to West London but got the chance to lay his hands on the coveted trophy. In a career spanning over 23 years, he donned various club jerseys including West Ham United, QPR, Leeds United and Huddersfield Town.

Green issued a statement: “Following an incredible evening in Baku on Wednesday and after a 23 year career spanning three decades, I’ve decided that now is the right time to announce my retirement from professional football.

“Being part of the group and celebrations with such a special squad of players after winning the Europa League seems a fitting way to end what’s been an amazing journey for me in the game.

“Representing my country will always be one of my proudest achievements and I feel honoured to have played for England.”