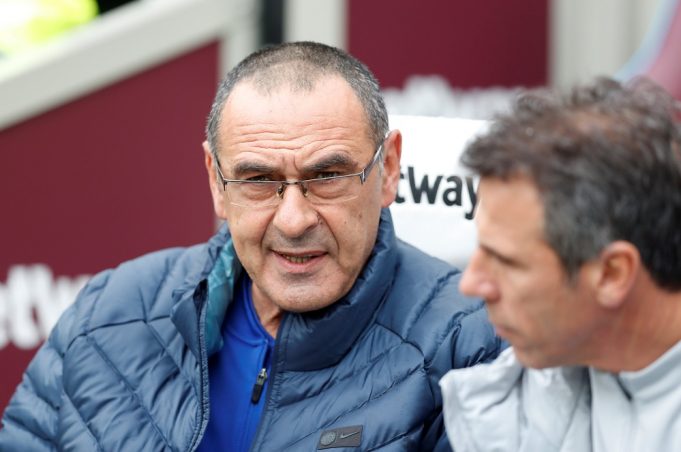 He replaced Antonio Conte this summer

The London Outfit have started the new campaign very strongly under the 59 year old, winning the first 5 Premier League fixtures in a row and drew against West Ham United last weekend, lost their 100 percent record. They are currently behind behind Liverpool by 2 points at second place in the league.

They started their Europa League campaign with a win too against PAOK and has been tipped as one of the favourites to win the Premier League after an impressive start.

Jurgen Klopp has hailed Sarri’s influence at Stamford Bridge and admitted that he is surprised how quickly he has settled in England.

He said as quoted by Daily Star: “It’s the biggest change I ever saw in such a short space of time – wow. The style is completely different. What a manager he is.

“I’m pretty much a supporter of his since I saw him at Naples. Outstanding football, and now doing it after a very interrupted pre-season.

“Starting the season and you see immediately the impact. He has all my respect. It’s really good to watch.

“People were always talking about Manchester City being clear, and completely forgot about Chelsea. This team is really experienced.

“It won the title before, 80 per cent won it twice, and they know how it works. That’s a really strong football team.”

Chelsea will face Reds at Anfield in the third round of the Carabao Cup on Wednesday before they visit Stamford Bridge in the Premier League on Sunday.