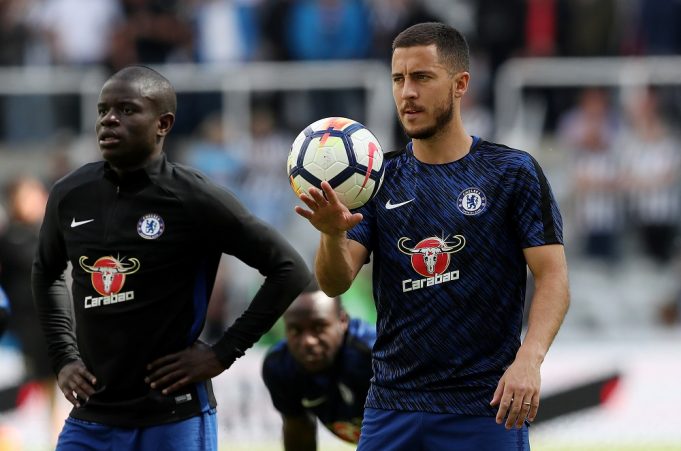 The player was named in the FIFA’s World XI

The Winger has been heavily praised by his club’s new manager Maurizio Sarri who claimed that he might be the best player in Europe. He even insisted that the player has the potential to score 40 goals this campaign.

The Belgian was named in the FIFA’s World XI and his club’s teammate N’Golo Kante was also included in the list. However, club’s assistant coach Gianfranco Zola insisted he can do much better and believes he has not realised his full potential yet.

He said as quoted by Mirror: “Eden has done magnificently in the World Cup. He’s a player who is getting better and better.

“I don’t think in my opinion he has reached his full potential. He can still use his skills in a better way. I truly believe this.

“I think this year, the team, and Maurizio in particular, will help him to reach his full potential.

“I don’t want it to look like we are not happy with him. We are very happy. As you play, you get more experience at a high level for a long time, and you get better and learn how to use your abilities in a more efficient way. That’s what I mean.

“It’s a process he will go through himself. We will try and suggest how he can be more effective, and he will benefit from the way we play.

“We try to play a long time in the opposition half. The closer we keep him to the goal, the more chances we can get him receiving the ball around the box, the more effective he will be.

“He doesn’t need a mentor. It’s a normal process. It’s seeing and giving him the opportunity to use his abilities in the best area of the pitch, which is close to the goal. That’s what I mean.

“The whole team are playing that way, and he will benefit from that. Plus he will learn, by experience, to be more effective.”