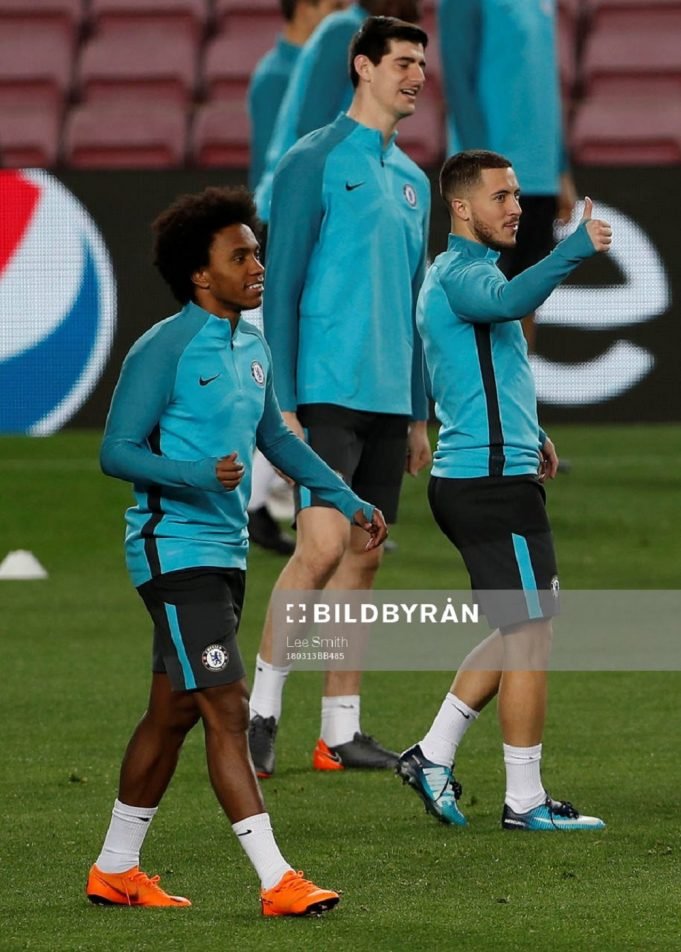 Manchester United are confident that they could sign Chelsea’s forward Willian this summer, according to The Sun.

United’s manager Jose Mourinho is a big admirer of the Brazilian forward, who he has  previously worked with at Chelsea. The Portuguese wanted to bring him to United last season and even talks took place with player’s representatives. But Willian decided to stay as Chelsea qualified for Champions League by winning the Premier League.

But with Chelsea most likely to miss out Champions League next season, United are pretty confident that they will sign the 29 year old this summer.

Willian’s current contract expires in 2020 and the Blues would at least demand £30 million form United, the amount they paid to sign him from Shakhtar Donetsk in 2013. He also confirmed that last year United wanted to sign him but he was happy to stay at Chelsea:

‘There were a few conversations with my agent. I worked with Mourinho and I became his friend as well,’ he said.

‘He likes me a lot and I like him a lot as a coach and as a person. He has put his trust in me and in my work, and I was very grateful to him.

‘Manchester came to me, they talked with my agent, but nothing happened, because Chelsea would not negotiate me in any way and I’m very happy at Chelsea.’

Mourinho planning for many changes in his squad and wants to bolster his squad in the summer transfer window. And Willian’s arrival could mark the end for Juan Mata’s United career.

Mata has failed to established himself as a regular starter in Morinho’s squad. He recently signed an one year contract extension until 2019 and could leave United this summer. Though he recently stated that he is happy and eyeing more years at the club.