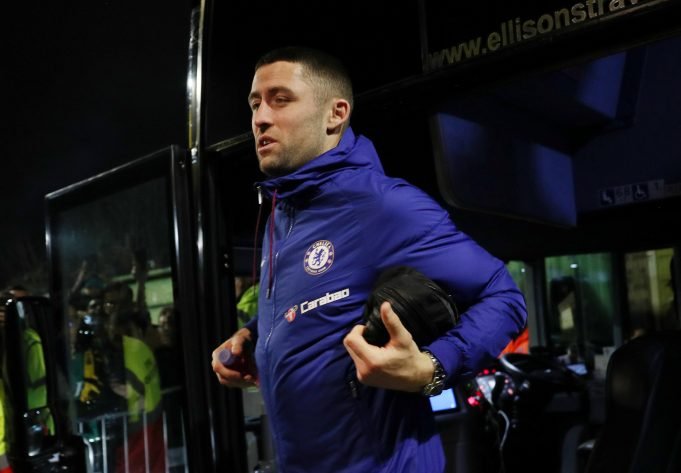 Gary Cahill could make a last minute move to Juventus who are short on defenders after being hit with injuries to Chiellini and Bonucci.

Cahill has been tipped with an exit since the start of the season.

“Having been a big part of things for six years, I’m finding it difficult to deal with this situation,” Cahill had said. “A lot of things have been running through my head. We had such a good experience at the World Cup and I’d never take that back. The flip side is I came back a week before the season started against three defenders who’d been back plenty of time before me.

“To learn a new way of defending and new ideas – I’m sure [Sarri] didn’t feel comfortable putting me in and so I fully expected to miss the start of the season, and we’ve not lost, so there’s no arguments from my point of view. But at the same time, thinking back to when Petr Cech was at the club – when Thibaut [Courtois] came he found it difficult to get game time but he knew he could play week in, week out. I’m in a similar situation.”

When asked if he would leave in January, he had said, “I don’t want to jump the gun but as things stand, probably yes. Sometimes you have to make tough decisions. I did that when I was at Villa all those years ago. If I had been patient maybe I would’ve played in that first team but I wanted to take the decision to go and play regularly. As it is, I’m not enjoying things. That’s just me.”

Only a few hours remain.