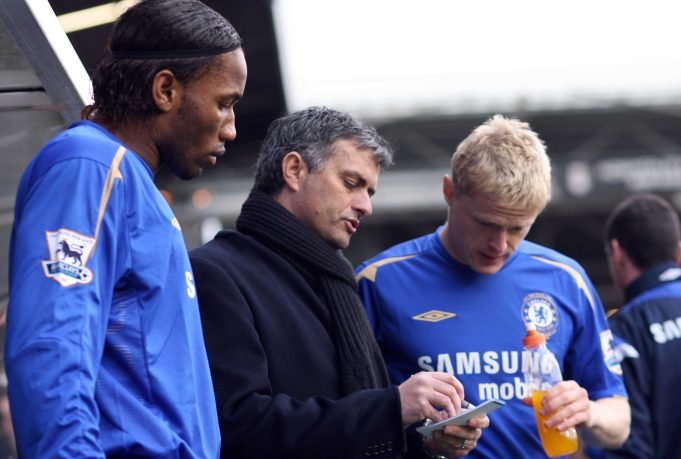 Jose Mourinho was the one who brought Chelsea’s fourth highest goalscorer, Didier Drogba to Stamford Bridge but club owner, Roman Abramovich was not too eager to sign off on the Portuguese’s request.

Mourinho revealed to us the conversation he had with the Russian boss when he wanted to bring in Drogba from the French top-flight.

The former Blues manager told the press, “Drogba is the kind of guy who is so loyal that he never forgot that I took him from Marseille to the Premier League, where he was not even expected because he didn’t start very young at that level.”

“He had already played for Guingamp, Marseille, Le Mans, so when I took him to Chelsea I remember clearly Abramovich was asking me, ‘Who? Who do you want as a striker?’ With all the big names in Europe at that time, I said Drogba. ‘Who is he? Where’s he playing?’ (I said) ‘Mr Abramovich – pay. pay, and don’t speak’.

Drogba ended up winning 4 Premier League titles with the club, 5 FA Cup trophies and also led the team to their only UEFA Champions League trophy in the 2011/12 season. All Chelsea faithful echoes the sentiment of Mourinho who said,  “And Didier was an iconic player for Chelsea, for the Premier League.”

See Also: Top 5 Chelsea players to be sold in January 2019