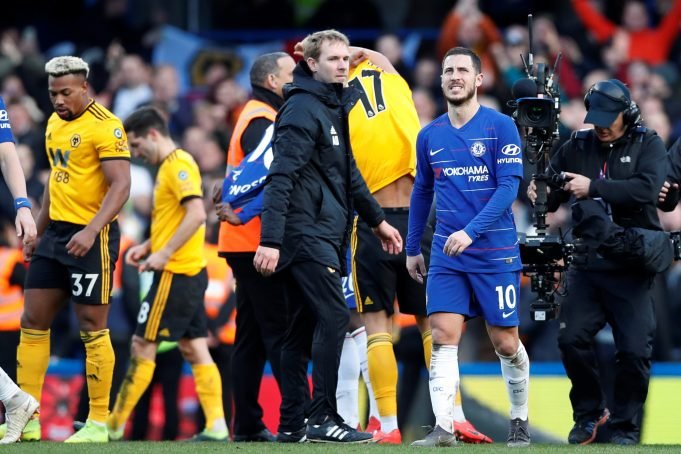 Chelsea star Eden Hazard believes that slow moving of the ball and lack of chances created were the two reasons why Chelsea could not defeat Wolves at Stamford Bridge yesterday.

Chelsea were eager to make it three wins out of three for them. However, Wolves opened the scoring in the second half courtesy of Raul Jimenez. The Blues were set for a second Premier League defeat to Nuno Santo’s side this season. However, Eden Hazard rescued Chelsea with a stoppage-time equaliser.

Following the match, Hazard said, “Of course we are disappointed. We didn’t create a lot of chances and we moved the ball too slowly. This type of game, maybe three months ago we’d have lost.

The spirit is good. When we lost 6-0 to Manchester City, we said there were three or four months left and we have to try and finish in the top four. The players are a bit sad because we probably could do better.”

Chelsea remain at 6th place in the league table with a game in hand. The Blues next travel to Ukraine to play their Europa League last 16 second leg against Dynamo Kiev on Thursday.