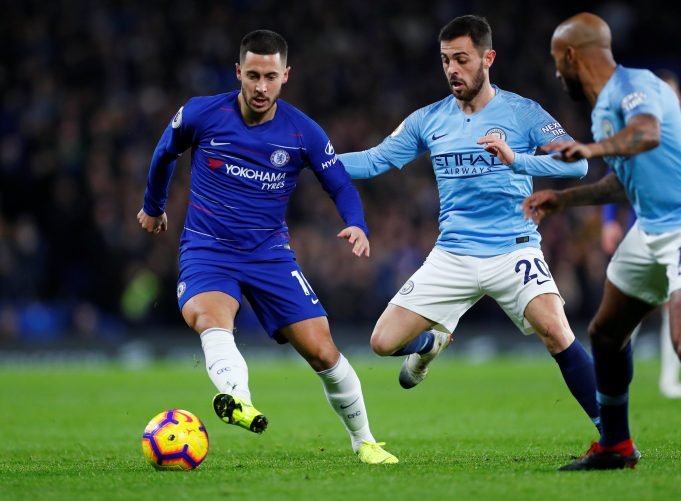 Chelsea star Eden Hazard has said that he doesn’t want any regrets in his career. There has been a lot of talk about the Belgian’s future at Stamford Bridge over the past months.

There were several reports during the summer that Hazard would sign for Real Madrid. However, the Belgian decided to stay after talking with club manager Maurizio Sarri.

Hazard has stated on multiple occasions lately that he is confused between staying at Chelsea and moving to Real Madrid. Ether way, he will be happy.

Hazard’s current contract at Chelsea expires in 2020 and he hasn’t signed an extension yet. Earlier, Maurizio Sarri said that Chelsea will make a new contract available for Hazard immediately.

The Belgian spoke about his future to French radio station RMC. He said, “The new (Chelsea) coach (Maurizio Sarri) thinks football like me, so we’ll see. The family is in London, I’m also going to be 28. I do not want to have any regrets at the end of my career.

It’s a decision I’m going to make, I do not know when, but I’ll take it. You know me, I’ve always loved Real, even before (Zinedine) Zidane. We’ll see what happens. As I said, I’m already finishing this year with Chelsea, I still have a year of contract after this year.”

Whether Hazard will sign a new contract with Chelsea or go to Madrid, only time will tell.