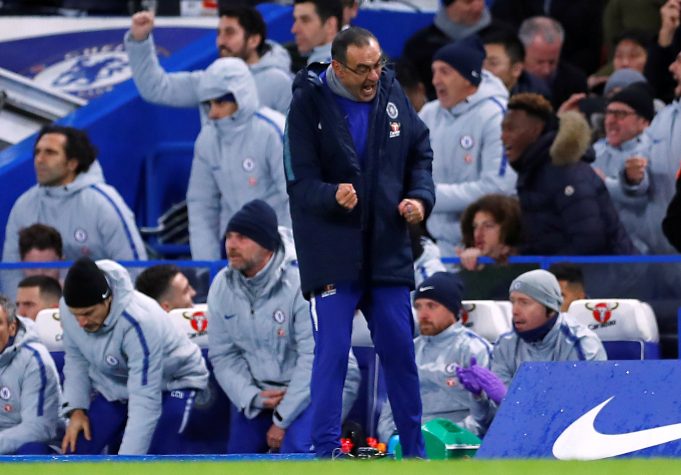 Chelsea boss Maurizio Sarri said that despite losing to Chelsea, Manchester City is the best team in Europe. Chelsea handed City their first league defeat of the season by beating them 2-0 at Stamford Bridge yesterday.

City seemed the better team early in the match but N’Golo Kante’s opening goal just before the interval gave Chelsea the momentum they required. In the second half, Chelsea dominated the match and David Luiz added a second. This was a crucial win for Chelsea, having lost their previous match against Wolves.

The win sees Chelsea at 4th place in the table while Manchester City drop to 2nd.

Following the match, Sarri said that he still regards Manchester City to be the best team in Europe. The Italian said, “I think they are at the moment the best team in Europe. We won today but we have to say that we were a bit lucky in the first 25 minutes because they could have scored. A little bit lucky in the first half and a very good second half. I think we have a team with some difficulties to be motivated.

In these kind of matches it’s very easy to have very good motivation and the right level of determination and aggression, but during the season you have to play also with the small teams.

Chelsea next play their final Europa League group match against MOL Vidi at Budapest on Thursday. The Blues are one of the three teams who have won all their Europa League matches so far, the other two being Red Bull Salzburg and Eintracht Frankfurt. They will hope to finish their group with a perfect record on Thursday.