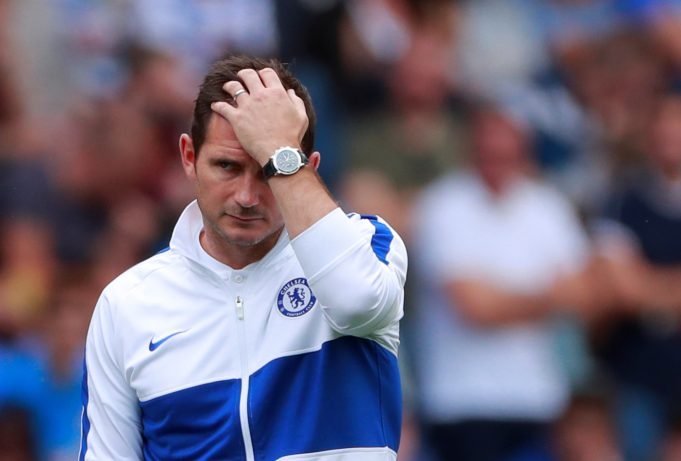 Frank Lampard was quick to criticize Chelsea fans over chants linking him to West Ham and the use of the term, “the pikeys”.

The Blues supporters were heard voicing the phrase during Chelsea’s 3-4 friendly win over Reading on Sunday.

The word “pikeys” is a slang used to abuse travelling supporters in reference to West Ham. Lampard addressed the club supporters and asked them to stop doing it in the post-match press conference.

“If there’s a song in the modern day or any day that has offensive words, I don’t want to hear that,” he said. “That’s me saying that as a big Chelsea man who really appreciates the support I’ve had over the years. We don’t want songs with offensive words.

“If the fans could sing other songs then I’ll back that. We don’t want to hear that. The club are very clear with the work we do off the pitch about anything that’s offensive or prejudiced and we’ve made a big mark on that.”

Last season the Chelsea fanbase received a lot of criticism after their racist chants towards Mohamed Salah and two fans were even banned over racial abuse of Manchester City’s Raheem Sterling.