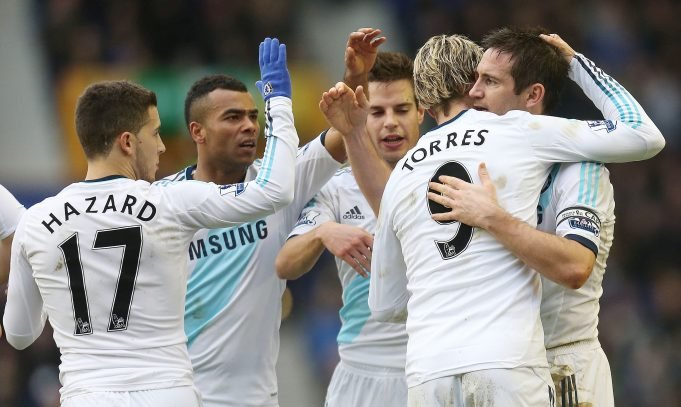 Frank Lampard has been entrusted with the Chelsea managerial position and he is eager to get the old band back together again at Stamford Bridge.

The Blues record goalscorer is already in the process of recruiting Didier Drogba and Claude Makelele for coaching positions. He has successfully brought in Jodi Morris and Petr Cech has already joined the Chelsea backroom staff after retiring with Arsenal.

Now, Lampard is looking to get Ashley Cole back to West London after coaching him at Derby County last season. The left-back is 38 years old but he is yet to announce his retirement.

Speaking about Cole, Lampard said, “First of all, I needed him at Derby as a player. But he brings extra stuff as a professional.

“Ash is great for the group. He was always first in at training and was friendly and humble with everyone.”

The Blues coach clearly wants his former teammates back at the Bridge helping him, the ones he won so many trophies with. When hinting at possibly opening up a position for Cole, Lampard said, “It is a very Chelsea-oriented team. But I want to make it clear that this isn’t an old boys club.”

We all expected that the 41-year-old would bring with him a new approach to proceedings at West London. Hiring was unusual in the first sense since Chelsea only hire experienced bosses, according to their recent history.

Lampard only has a year-long worth managerial expertise and he might need the support of people he trusts, especially if he wants to succeed at the club under such a demanding owner in Roman Abramovich.