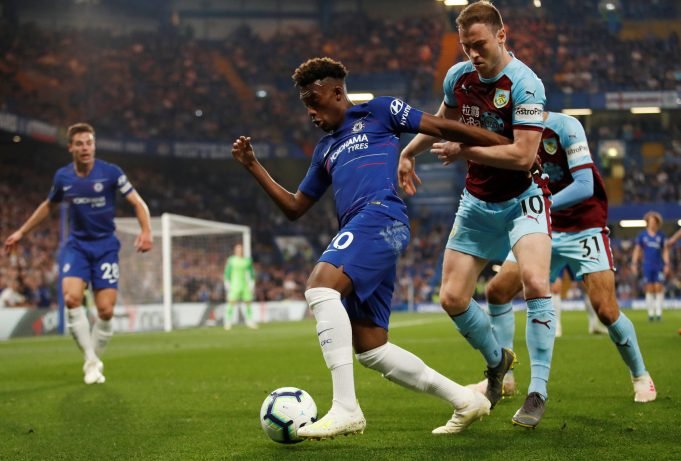 Frank Lampard has picked Callum Hudson-Odoi to have a prominent role in this Chelsea squad and has pressed the teenager to stay and reach his true potential.

The winger got to showcase his talents last season which clearly justified Bayern Munich’s strong interests in him. Lampard almost guaranteed him a starting role and also vowed to develop the young talents that have come out of the South West London club.

Hudson-Odoi’s current deal is set to expire in another 12 months and the youngster is being lined up for an extension.

“I have seen Callum come through and he is a fantastic talent,” Lampard said. “We all know that and I will speak to him and I want him to stay.

“I know the club want him to stay and he is going to be central for us on the pitch. That is the opportunity that is really in front of him now, certainly from where I am sitting.

“I want to work with him, I want to drive him forward and I want to improve him as a player. He can show, right here at Chelsea, at the club where he came through the academy, that he is going to be a world-class player because I truly believe that.”