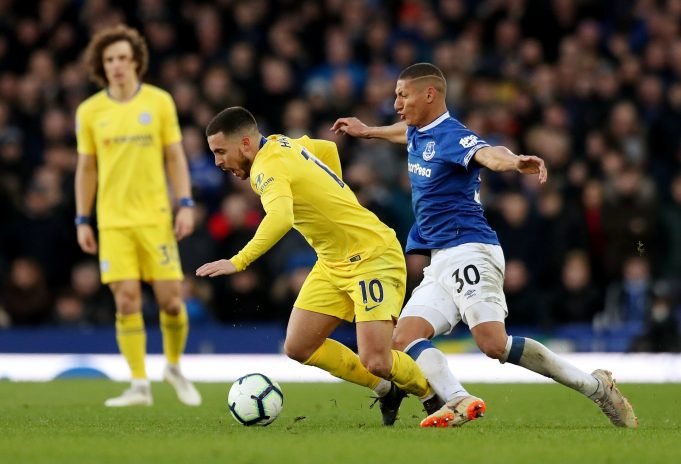 Real Madrid goalkeeper Thibaut Courtois has expressed his desire to have Eden Hazard at the club. Courtois who played with Hazard at Chelsea, forced a transfer to Real Madrid last summer. The Belgian shot-stopper hasn’t been at his best at Madrid though.

Real Madrid are interested in signing Eden Hazard and will most likely make an attempt to rope him in the summer. Hazard has expressed his desire to join Real Madrid on several occasions. The 28-year old’s current contract expires in 2020 and he is yet to sign a new contract for Chelsea. Hazard has said that he has taken a decision on his future and will reveal it at the appropriate time.

Courtois who is eager to have Hazard at Real, told Spanish radio station Onda Cero, “I don’t know if he is going to sign for Real Madrid, nor do I know if the club want him. For me, he is a great player, but I don’t decide those things.

Each one decides what he does with his life. For me, he is one of the best in the world and as a friend I would like him to be here.”

Earlier, there were reports claiming that Hazard agreed to a 5-year contract with Real Madrid but the Belgium skipper rubbished those reports. After impressing during the international break, Hazard will hope to produce a fine performance for Chelsea on Sunday when they take on Cardiff City.

Also Read: Thibaut Courtois admits it would be nice to have Eden Hazard at Real Madrid