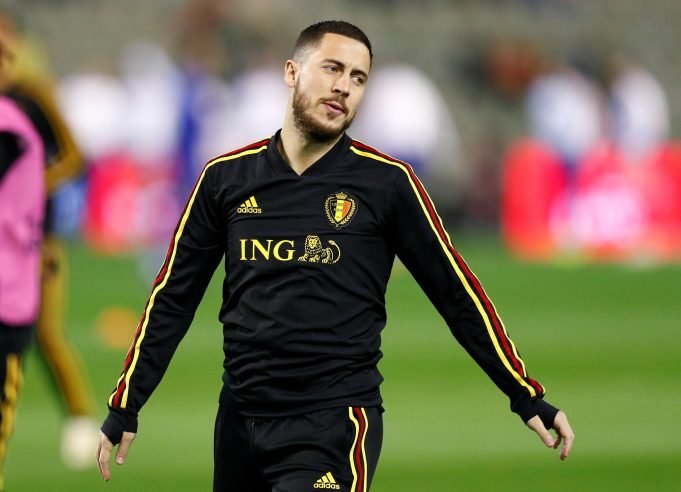 Eden Hazard’s future at Chelsea has been a highly talked-about topic for several months now. Hazard has never shied away from expressing his desire to move to Real Madrid. However, he also stated on many occasions that he was happy at Chelsea.

Hazard’s current contract at Chelsea expires in 2020 and he is yet to sign a new contract with the club. Not long back, the 28-year old said that he has taken a decision on his future and will reveal it at the right time.

Hazard who is currently with Belgium for the international break, dismissed the reports that claimed he signed a contract at Real Madrid. The Belgium captain said, “There’s nothing in the reports. I’m only focused on tomorrow’s game against Cyprus. That’s all I’m thinking about.”

Hazard’s international break has gone pretty well so far. The 28-year old netted twice as Belgium began their Euro 2020 qualifying campaign with a 3-1 win over Russia at Brussels. Belgium play their second qualifier against Cyprus at Nicosia today. Provided Hazard scores today, he will be the joint second-highest scorer for the national team, equaling the tally of Paul van Himst and the late Bernard Voorhoof. If he scores more than one tonight, then he will overtake van Himst and Voorhoof to become Belgium’s second highest scorer of all-time.

Also Read: Hazard coy on his future and Zidane