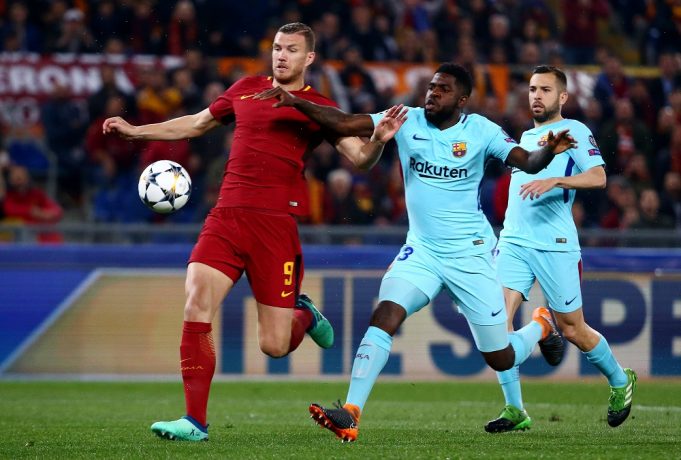 Chelsea wanted to bring Roma’s Edin Dzeko during the Winter transfer window but the forward refused them. The Blues ultimately signed Oliver Giroud from Arsenal.

Roma completed an incredible comeback against Barcelona in the Champions League and qualified for the Semi-Finals, first time since 1983-1984 season. Dzeko played a key part in the game as he scored the opening goal and won a penalty for the team.

After the match The Bosnian stated, he and the club is happy that they rejected Chelsea as he helped the Italian giants to reach the Semi-Finals.

“It wasn’t easy, but I stayed here and am very happy to be here,” he said. “I think the club is glad, too. Let’s not talk about [the move]. Money doesn’t matter

“This was the best, but even better may well be yet to come. It proved we can play against anyone, as Barcelona are such a strong side. We put three goals past them and could have had more.

“I have never seen Barcelona struggle so much. We pressed them constantly from the first minute.”

Asked how far Roma can go, Dzeko responded: “To the final, hopefully.

“Nobody believed in us and we have reached the semi-final for the first time in the Champions League [era]. I am very happy that I can watch the draw for the semi-finals and see my Roma there.”