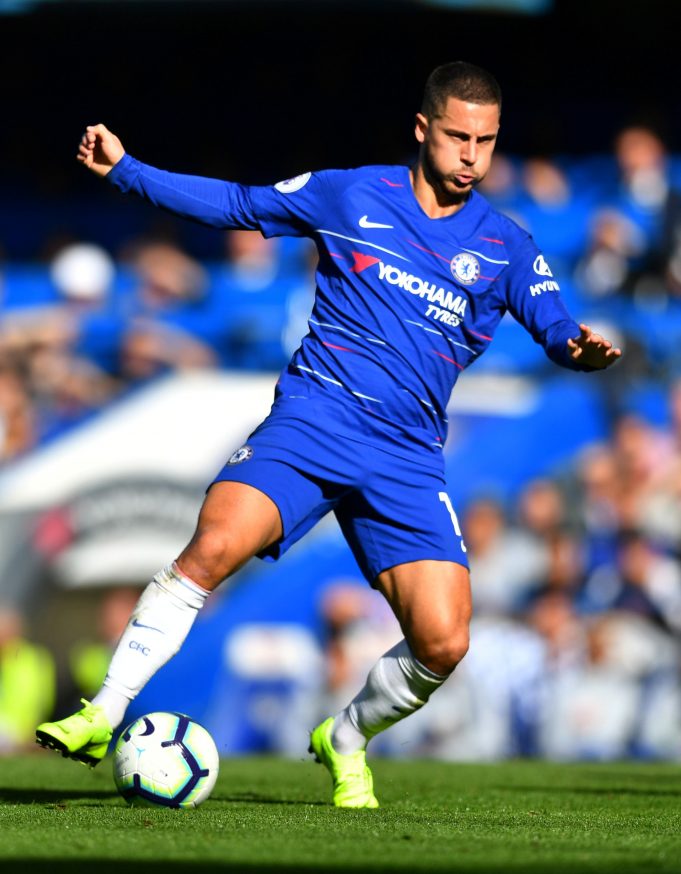 Hazard missed Chelsea’s last two matches against Burnley and BATE Borisov due to a back injury he suffered in the match against Manchester United. However, Zola said that the Belgian will return to training soon.

Zola said that Hazard will most likely miss the Carabao Cup fixture against Derby County but should play Sunday’s match.

He said, “He (Hazard) is certainly much better. I’m not sure today but tomorrow (Wednesday) he is going to be joining us in training. I don’t think he’s going to be involved in the game tomorrow but he is looking quite good for the weekend.

We are pleased because he is such an important player for us.”

Eden Hazard has been Chelsea’s talisman this season, having scored 8 goals in 11 matches across all competitions.

He’ll hope to play and make a significant contribution in Sunday’s match against Crystal Palace.