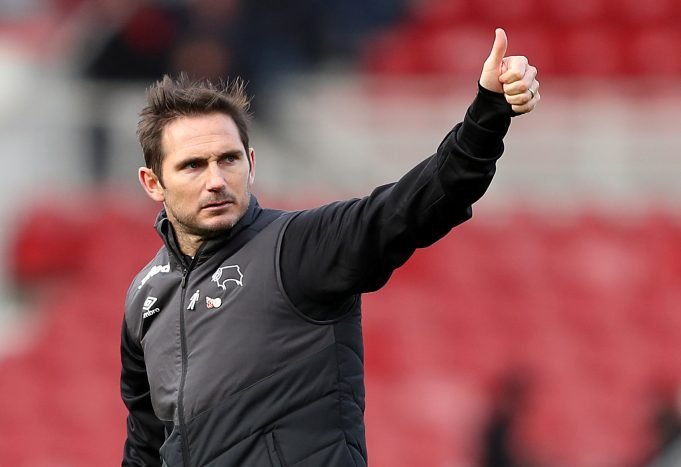 Chelsea legend and current Derby County manager Frank Lampard has said that tomorrow’s Carabao Cup clash against Chelsea at Stamford Bridge will be special for him. Derby County will be taking on Chelsea after defeating Manchester United on penalties.

Lampard spent most of his club career at Chelsea, playing 648 matches for them while scoring 211 goals.Lampard’s return to Stamford Bridge is the first time he will be visiting the ground as a manager.

Speaking ahead of the game, Lampard said, “I realise how important Chelsea were in my life and what I owe for that in terms of thanks. I’ll be proud and honoured to be taking my team to a club that was my home for 13 years and still feels like home.

I’ve got great affiliation with Derby already, I’m working hard to do something good here and I love it, but I can’t forget 13 years of my career. I was lucky to be part of a strong era, the infrastructure that was laid by Roman Abramovich, it’ll be special to be back there and feel that atmosphere again.”

Lampard has called for his players to focus and replicate Derby’s performance against Manchester United. He said, “They’ve got to be fearless and focused. They’re good young players. I don’t want the game passing anyone by, and it didn’t at Old Trafford.

That’s all I want to come away with, I’m not concerned about the result, I just want them to turn up focused and give it everything. They deserve the occasion, the opportunity to go up against a magnificent Chelsea side no matter who they put out on the night.”