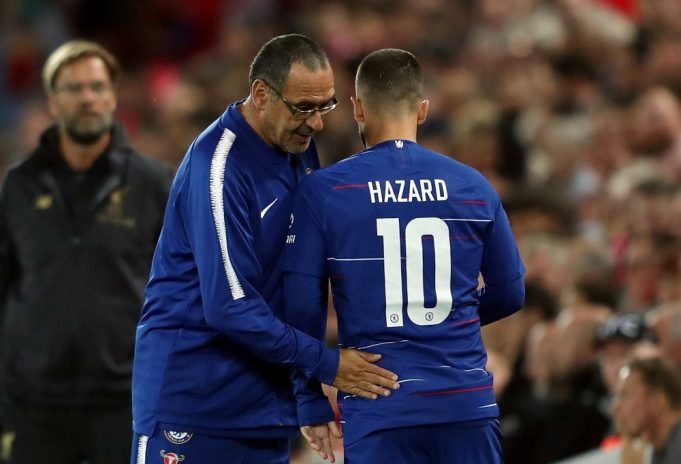 Eden Hazard has been included in the travelling squad for Chelsea’s Europa League tie against Bate Borisov.

Hazard hasn’t played much in the Europa League this season as he has been limited to just 36 minutes of game time and it remains to be seen whether the coach eventually needs his service or not.

Hazard has been recuperating from a back problem and wasn’t fully involved in the last three matches. However, he played a bit part role in Chelsea’s dominating victory over Crystal Palace in the Premier League.

Irrespective of his fitness Maurizio Sarri decided to include him on the flight to Minsk and the Belgian forward is expected to make it to the match day squad. Having qualified for the knock out stages already Sarri is unlikely to take a risk as the Blues are scheduled to take on Everton in the weekend.

Sarri confirms Hazard’s availability. “I spoke with the doctor yesterday and he said he is doing better but he’s not ready to play for 90 minutes.

“So we decided altogether for the bench.

“I think it’s very important for us to have him on the bench for the last 30-35 minutes, if necessary.”